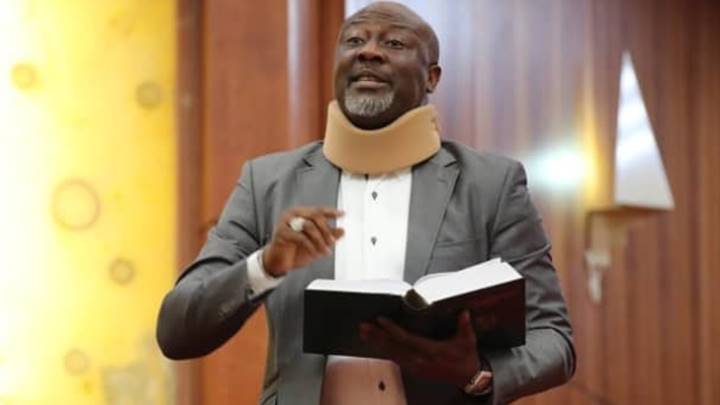 The Senator representing Kogi West senatorial district in the National Assembly, Dino Melaye, has condemned, in  strong terms, the killing of over 235 peoples in some communities in Plateau State. He has also called on President Muhamnadu Buhari to, as a matter of urgency, replace the Inspector General of Police (IGP), Ibrahim Idris. In press statement entitled “Regime Protection not Primary Function of Security Agencies – PMB, Nigerians are Dying’, Sen. Melaye said in spite of the billions of Naira being invested in security annually, Nigerians were still being killed on daily basis without any arrest of the culprits. The statement reads in part, “How does one explain this ceaseless and wanton destruction of human lives without the culprits being apprehended and punished. “With all the apparatuses available for surveillance and crime detection in today’s civilisation? “How long is this mindless butchering of our compatriots to be tolerated with the only reprieve we get being excuses and palliative? “How can we expect the global community to take us seriously when we complain about our citizens not being treated fairly outside the shores of Nigeria, when we ourselves give proof daily that we value our citizens’ lives less than that of animals. “Human life is amongst the greatest of God’s gift and the essence of civilisation is to ensure its security and preservation to enable it attain to its full potentials. “Consequently, any taking of human life, without the due process of law, is repugnant and abhorrent to society and should not be tolerated. “As a matter of fact, the Constitution of the Federal Republic of Nigeria makes it abundantly clear that the sole reason for the existence of government is the security and welfare of citizens. “It, however, seems our Security Chiefs, in spite of several calls and admonitions to them to prevent further loss of Nigerian lives, are indifferent to our citizens well-being, but are rather engrossed with and seem to derive satisfaction from the bullying and harassment of any dissenting voice to citizens unfriendly policies of the Executive. “It has become imperative to draw the attention of our security chiefs to the fact that the continued unabated butchering of Nigerians without the  apprehension and trial of the culprits, despite the availability of modern devices for information gathering, reconnaissance and detection, leaves one with  just one of two inferences:  that our security chiefs are incompetent or that they are complicit in this gruesome killings of innocent Nigerians, whom paradoxically, are under a duty to protect. “Whichever of these positions might be the case, it is high time every person of reason demanded that these ‘insecurity chiefs’ either become alive to their duties or be relieved from their posts forthwith. “Definitely, such sensitive offices should not continue to be occupied as a favour or as a largesse, it must be merited! “Their continued occupation of such exalted office without fulfilling the attending obligation of securing the lives and properties of each and every Nigerian, is like smoke in the eye, an aberration,” the statement added.
Post Views: 857