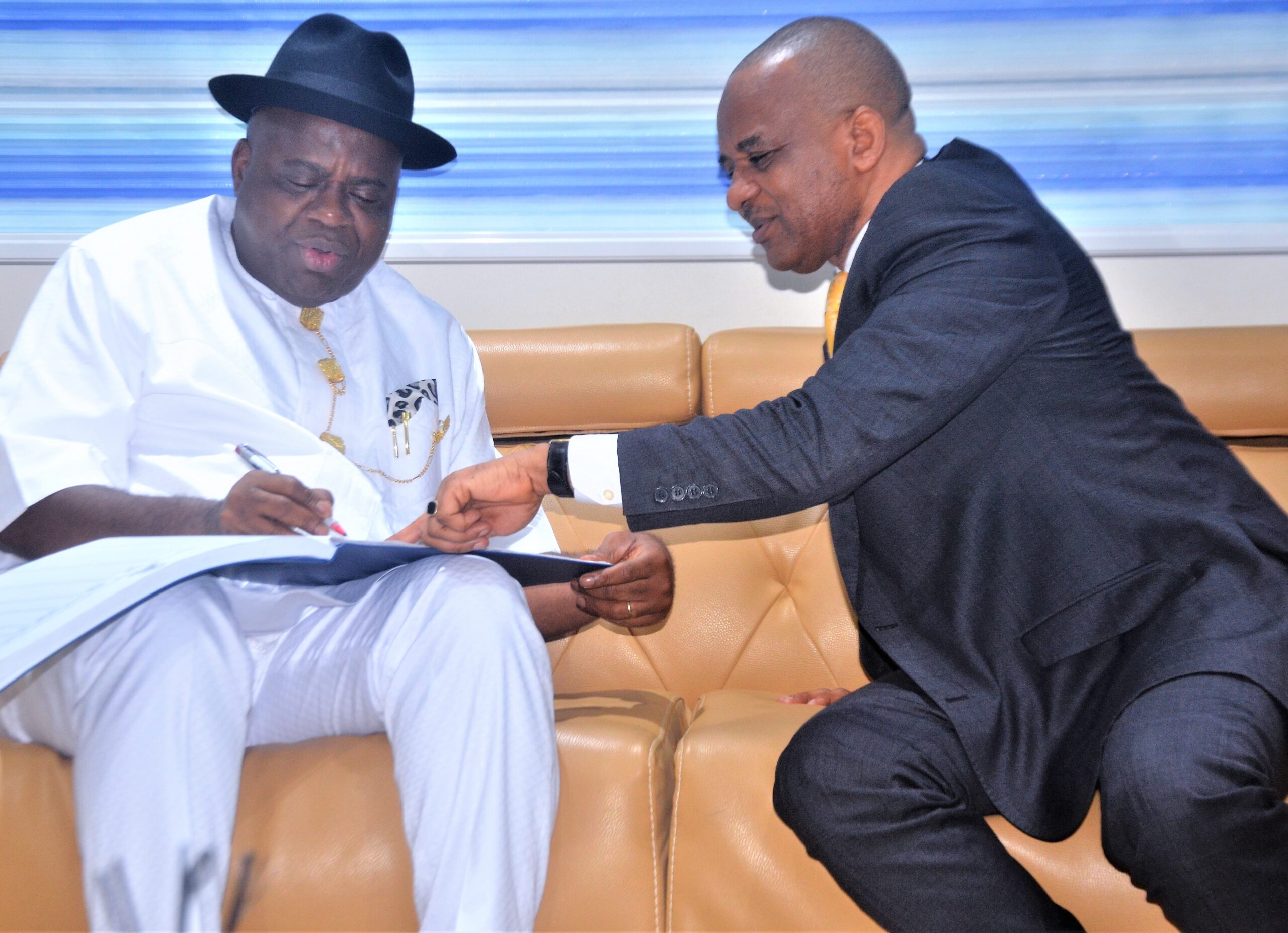 As the Nigerian economy continues to dip following the drop in its crude oil fortunes, the Governor of Bayelsa State, Duoye Diri, insists that the nation’s most enduring wealth lies with how successful it gets in harnessing the enormous resources in its marine environment.

Diri, during his courtesy visit to the NIMASA headquarters in Lagos Monday, appealed to the agency to increase its presence in Bayelsa State, especially in the area of domain awareness, for security in the state’s maritime environment and investment confidence in the state’s huge maritime potential.

Stressing the need for collaboration between the state and NIMASA to strengthen the country’s maritime domain, he told the agency’s Director-General, Dr. Bashir Jamoh, and the executive management team that “a lot of countries are moving away from fossil fuel and maritime gives Nigeria an alternative.

“We are, therefore, seeking partnership with NIMASA, which is the apex maritime regulatory agency of our country, to expand its regulatory activities to our state. NIMASA and Bayelsa are inextricably one.”

Diri further appealed to NIMASA to remove the wrecks impairing navigation in many parts of the coastal state, for support in the state’s efforts to develop its maritime potential, as well as partnership in youth training and development, establishment of a maritime academy, and development of the Agge Deep Seaport in Ekeremor area.

On his part, Jamoh said that Bayelsa remained one of the agency’s strongest allies in the pursuit of its mandate of sustainable regulation and promotion of the maritime sector.

Noting that security was of utmost importance in the realisation of a prosperous maritime sector, he said he would facilitate the incorporation of Bayelsa State in the ongoing efforts to integrate the maritime domain awareness facilities of relevant stakeholders.

These include NIMASA’s C4i, Nigerian Navy’s Falcon Eye, Nigerian Ports Authority’s C3i, and the i247 of the Nigeria Police.

According to him, “Bayelsa State holds the key to the growth of our economy because a huge part of our coastline falls within the state. Thankfully, the issue of wreck removal has been sorted out and we have concluded the marking and identification of all wrecks and derelicts across the country for removal.

“In terms of maritime growth, we will look into expanding our office in Bayelsa in order to have more presence in the state.”