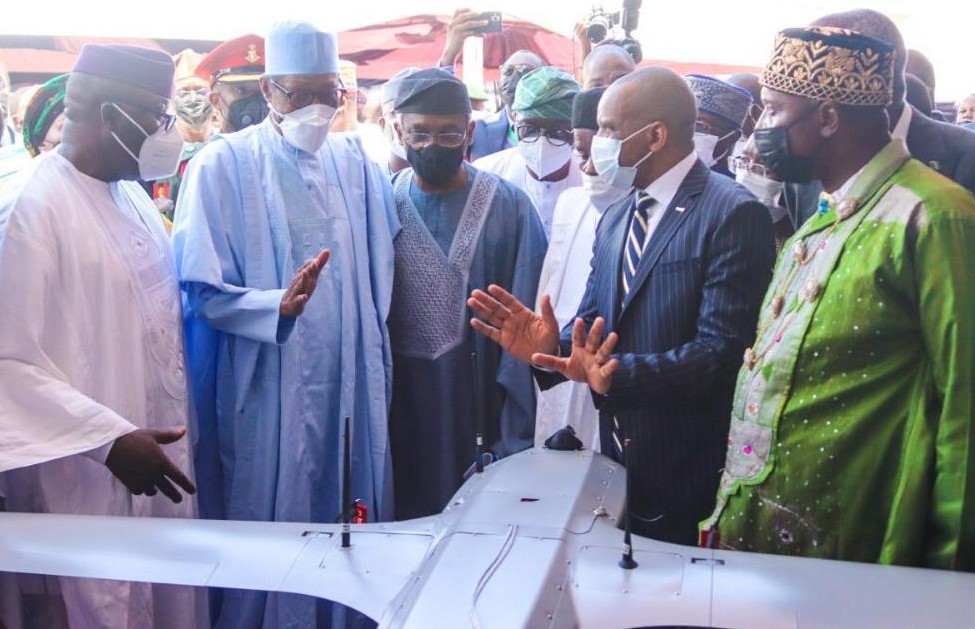 The launch of the Integrated National Security and Waterways Protection Infrastructure, known as Deep Blue Project, will free the Nigerian maritime domain up to the Gulf of Guinea (GoG) of piracy and other criminalities, President Muhammadu Buhari has said.

Buhari, who spoke at the commissioning of the assets at the Apapa Port in Lagos Thursday, added that by same token, the additional insurance premium being charged by shipping companies on Nigeria-bound vessels following the country’s categorisation as war risk nation is over.

According to him, this project, “which provides a robust maritime security architecture, will enhance maritime domain awareness capability and improve law enforcement action, particularly in the prosecution of suspects under the Suppression of Piracy and other Maritime Offences Act which I signed into law in June 2019.

“This flag-off is an important step in the continuing shift in strategic action about regional maritime security. It will serve as a benchmark for member-states in the Gulf of Guinea and other relevant stakeholders to further develop innovative strategies and align efforts with the subsisting framework to improve maritime security in the region.”

On his part, the Minister of Transportation, Chibuike Amaechi, described the project as a dream come true in spite of the opposition to its realisation.

According to him, the four-component facility, comprising marine assets, aerial assets, land assets and the Command, Control, Computer, Communication intelligence (C4i), are very costly and sensitive, and must be properly serviced and maintained.

Also, the Director General of the Nigerian Maritime Administration and Safety Agency (NIMASA), Bashir Jamoh, said the project would ensure safer waterways and boost the economy, adding that NIMASA was working closely with the international community to curtail criminality in Nigeria’s Exclusive Economic Zone (EEZ).

Detailing the journey since he took over as NIMASA helmsman in March 2020, Jamoh said: “We devoted most of our energy and focus in our first year to addressing the problem of maritime security.

“Without security of our seas, no meaningful seaborne trade or shipping economy can be possible. Securing our seas became a pressing mandate. Today marks the fulfillment of that mandate – to fund and deliver the Deep Blue Project. The mission has been accomplished.”

According to him, the project has a clear objective: “To manage, control and protect the Nigerian waterways,” and towards this “we explored various initiatives geared towards ensuring that our waters are safe, so that business can thrive to impact positively on the economy of the country and the Gulf of Guinea.

Counting the successes so far, Jamoh said the Deep Blue Project is about assets and platforms, but that these cannot address the challenges of maritime insecurity themselves if criminals are not prosecuted.

Therefore, he commended Nigeria’s singing into law of the Suppression of Piracy and other Maritime Offences (SPOMO Act) as the first in the Gulf of Guinea region, under which the country has now successfully prosecuted, convicted and sentenced several offenders.

NIMASA is also partnering various international organisations, which has helped to improve regional approach to solving issues of maritime challenge, Jamho noted, adding: “We are beginning to witness an era of proper coordination, meaningful collaboration and productive cooperation.

“Today, we are working ever more closely with the International Maritime Organisation (IMO) for purposes of restoring sanity to our seas. There can be no greater proof and encouragement than the evidences of the IMO Secretary-General’s endorsements of Nigeria’s leadership efforts at curtailing criminality along our coastal corridor.

“On the home-front, upon assuming office, we immediately established the Maritime Intelligence Unit (MIU) in order to reset our paradigm and approach towards understanding and properly profiling the behavioural patterns of the young people who engage in sea crimes and piracy. This became for us a more proactive approach to the problem of maritime insecurity.

“The success of the MIU also provided us the capacity to intervene, using the carrot and stick approach in a meaningful manner to salvage our young people that have been prone to being recruited into piracy along our coastal states.

“Coupled with our littoral states outreach to the state governors, a new partnership is emerging that will deal with potential piracy issues before they occur.

“Realising the enormity of the economic losses from attacks on our shipping activities, we also created a window of opportunities for the industry to engage regularly with the agency as regulator. This gave birth to the NIMASA Joint Industry Working Group.”