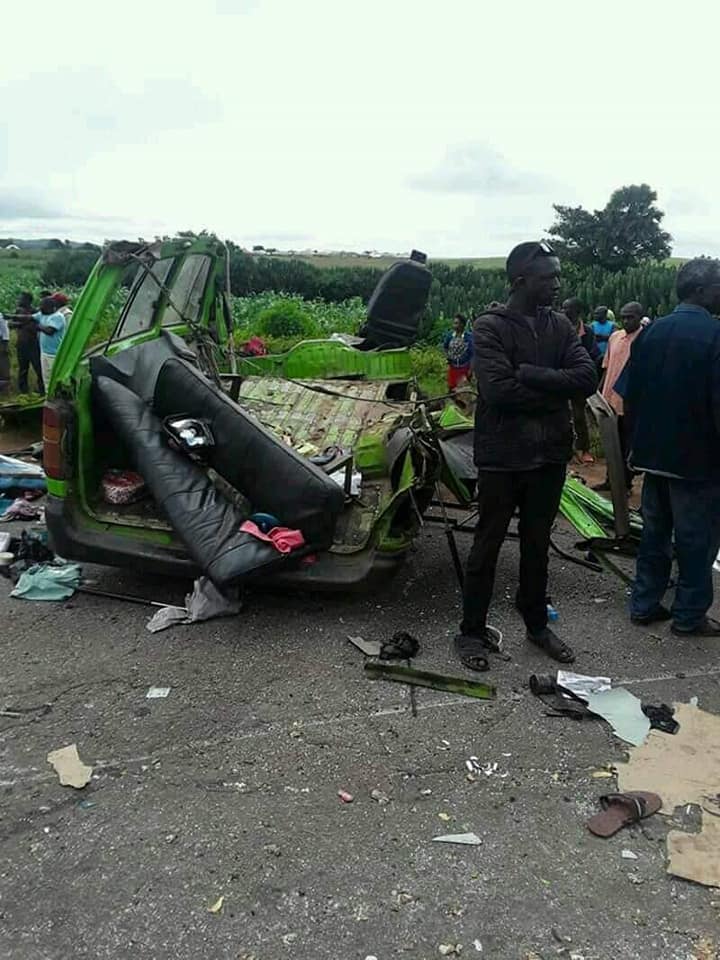 Umar Muhammed, Lafia     No fewer than 13 passengers in an 18-seater bus, belonging to the Gombe State Transport Company, have been confirmed dead after colliding with a truck owned by Dangote Transport Company.     The accident occurred on Friday along the Akwanga/ Abuja Highway in the Akwanga Local Government Area of Nasarawa State.   Northern City News learnt that the accident occurred when the truck allegedly attempted to overtake a van at a bend and, in the process, rammed into the oncoming 18-seater bus.     The truck was said to be coming from Jos, Plateau State, while the bus was coming from Port Harcourt.     It was learnt that 10 of the passengers died on the spot, while three others died later at a hospital where they were rushed to.     The truck driver and his assistant were said to have fled after the crash.     Our correspondent learnt that the crash caused a heavy traffic jam along the Akwanga/Abuja Highway.     Confirming the incident on Sunday, the acting Police Public Relations Officer, Nasarawa State Police Command, ASP Usman Samaila, said the accident occurred when the truck rammed into the bus while trying to overtake a van at a bend.     According to him, some of the passengers who sustained varying degrees of injury were immediately rushed to a nearby hospital in the area for medical attention.   The police spokesman said all the victims’ families had been contacted.     He said the management of the Dangote Transport Company had also been notified.     “The wounded victims were rushed to the hospital by emergency officials and the corpses of the dead deposited in a morgue,” he explained.     Samaila stated that the police had launched a manhunt for the fleeing truck driver and his assistant, giving the assurance that the command would soon arrest them.
Post Views: 1,091