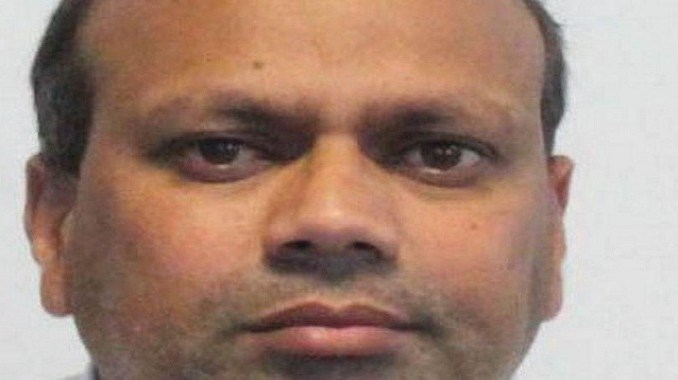 Muhammad Nadeem, originally from Pakistan, claimed he would be destitute without support A dad-of-two from Pakistan has been jailed after fraudulently claiming £53,000 in asylum support and then going on the run for two years. Muhammad Nadeem, 36, of Brinnington, Stockport , was sentenced to 12 months in prison at Leicester Crown Court after admitting fraud and failing to answer bail at a previous hearing. After spending two years in the UK as a dependent on his wife’s student visa, Nadeem applied for refugee status in March 2013, insisting that the move would leave him, his wife and their two children destitute. People waiting to find out whether they will be given sanctuary in the UK can apply for asylum support – which typically includes cash, housing, state education for school-age children and free NHS treatment. But while claiming asylum support Nadeem also had access to a secret bank account. ‘Our beautiful boy’ – Family pay tribute to biker, 21, who died after Christmas Day crash In the period in which his application was considered, more than £56,000 of payments passed through the secret account which were not disclosed to the Home Office. Asylum seekers are not allowed to work while their claims are considered. And the fraud was uncovered when officers from Immigration Enforcement’s Criminal and Financial Investigation (CFI) team executed a warrant at Nadeem’s home, on Cornwall Crescent. This was in September 2015, shortly after his asylum case had been refused. But, when he was bailed, he failed to report as required the following month and went on the run with his family. Nadeem was captured in September 2017 when his wife made a new immigration application listing him as one of her dependents. He will be considered for deportation at the end of his sentence. Man arrested on suspicion of murder after death of Mohammed Aftab in Rochdale Insp Andy Radcliffe, from the CFI team, said: “We found a large number of bank statements relating to an account which had not been disclosed to the Home Office. “We believe that the £56,000 was the result of Nadeem working illegally. “The UK has a proud tradition of granting refuge to those who genuinely need it, but Nadeem abused that good will, regarding the asylum system purely as a means to earn himself some money. “Nadeem may have hoped that we had forgotten about him, but we have long memories and never stop looking. I hope that Nadeem’s case sends a clear message to those who would abuse the UK’s immigration system. We will catch you and ensure you answer for your crimes.”
Post Views: 1,056