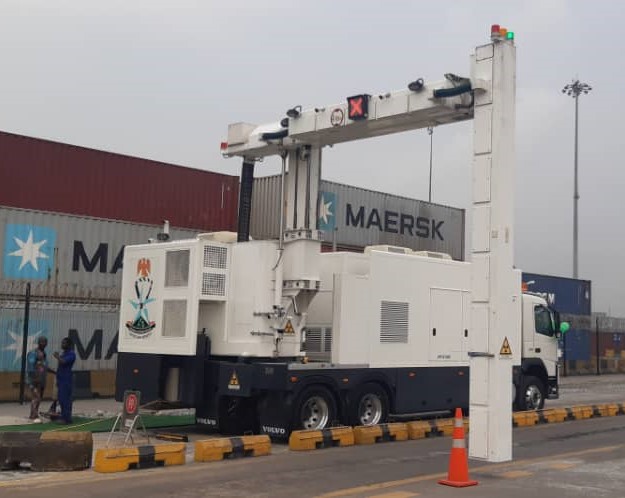 Revenue generation by the Nigeria Customs Service (NCS) is expected to improve as the agency migrates from 100 per cent physical examination of cargo to a modern, much faster and accurate scanning following the commissioning of three NUCTECH mobile scanners, which were recently installed at the Nigerian ports.

Doing the commissioning Tuesday at the APM Terminals, Apapa in Lagos for the three (the other two installed at Tin Can Island Port, Apapa, and Onne Port in Port Harcourt), the Minister of Finance, Budget and National Planning, Dr Zainab Ahmed, said that 120 NCS officers have been trained to operate the machines.

She justified their procurement, stating that “the current process of physical examination of cargoes is time consuming, causing loss of revenue to the government, and cannot be compared with scanning of cargoes which is carried out in minutes and has the capacity to detect prohibited imports that are concealed in cargoes.

“This process enables more cargoes to be scanned and brings about the desired efficiency and effectiveness in customs’ cargo examinations.

“I therefore implore the management of the NCS to collaborate with the contractor to ensure proper maintenance and full utilisation of the scanners within the 30 months provided in the agreement, as well as enhance capacity building and training of 120 NCS scanning officers.”

She assured that more scanners would be procured for the seaports, land borders and airports across the country, adding that the scanners will improve customs’ speed of cargo operations, facilitate trade, prevent port congestion, improve national security and generally achieve ease of doing business, while also increasing government revenue generation.

She explained that the Federal Government in 2005 contracted the provision, installation, operation and management of X-Ray scanners and computerised risk management system for the examination of goods on Build, Own, Operate and Transfer (BOOT) basis for a period of seven years.

The contract was to “three Scanning Service Providers (SSPs), namely: Cotecna Destination Inspection Limited, Societe Generale De Surveillance Limited and Global Scan Systems Limited. At the expiration in December 2012, it was extended by six months, which ended in June, 2013.

Subsequently, the government entered into a transition agreement, which terminated on November 30, 2013 and the NCS commenced the operations of the scanners. However, upon the exit of the SSPs, some of the scanners became dysfunctional, which resulted in physical examination of goods by the NCS.”

On his part, the NCS Comptroller-General, Col. Hameed Ali (rtd), said the agency will be fully responsible for the management and operations of the equipment.

“We appreciate our partners, the terminal operators, who have taken the pains to adjust their operations to suit the innovations of the moment.

“Our continuous collaboration will ensure that cargoes are promptly delivered for scanning and evacuated from the ports as soon as they are certified to be compliant by our officers and other regulatory agencies.”