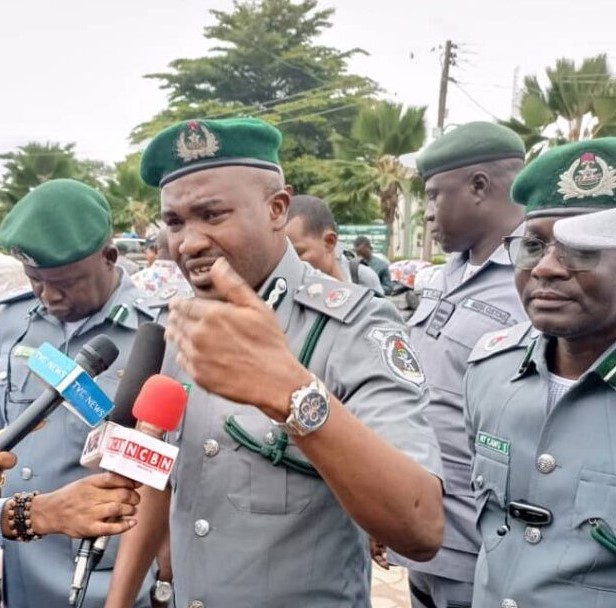 Contraband goods with a total Duty Paid Value (DPV) of N7.4 billion were intercepted by the Comptroller-General of Customs Strike Force Zone A in the half-year January to June 2022.

Giving a record of the unit’s anti-smuggling campaign for the period in Lagos Wednesday, Coordinator of the CGC Strike Force, Deputy Compt. Mohammed Sani Yusuf, disclosed that four suspects were also arrested in connection with some of the seizures.

“We made seizures with a total duty paid value of ₦7.4 billion, with for suspects arrested in connection with some of the seizures during the period under review,” he stated.

Also, “through meticulous checks on import documents, we were able to recover ₦3.1 billion through demand notices sequel to our discoveries of underpayment of duties within the period.

“This amount would have been lost but for our vigilance and uncompromising disposition in the discharge of our duties.”

This figure exceeded the ₦1.8 billion recorded in the same period of 2021 by ₦1.33 billion (73 per cent). Among the seizures were over 8,000x50kg bags of foreign parboiled rice (equivalent of 13 trucks), 1x40ft container of tramadol and Sildenafil citrate.

All these, Yusuf said, were made possible as his team stepped up operations, including round-the-clock patrols. He further acknowledged the improvement in the unit’s operational capacity, boosted by additional new Toyota Hilux vehicles from the CGC.

According to him, these “provided support for suppressing smuggling, preventing revenue losses, protecting environmental degradation, unlawful wildlife poaching, and in all, protecting the national economy.”

Concerned at the categories of the seizures, Yusuf warned that “importing what we can produce threatens our economy” while “unlawful felling of trees degrades the environment and promotes deforestation.”

Likewise, “illegal killing of wildlife and endangered species like pangolin and donkeys for their scales and skins respectively could lead to their extinction.

“With these and other tasks under our purview, we shall remain resolute and unrelenting to arrest perpetrators, seize prohibited items and promote lawful trade using the legal instrument of the extant CEMA.”

He urged importers, agents and the entire stakeholders operating in the South West Region to keep to the import/export guidelines, as ignorance is no excuse to law.