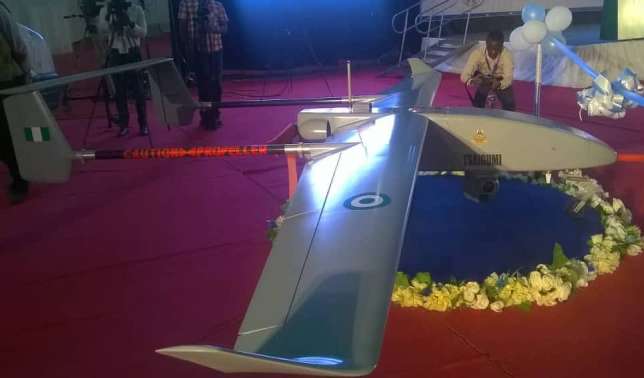 The Nigeria Customs Service has announced plans to work with the Nigeria Air Force to deploy unmanned aerial vehicles, commonly called drones, for border surveillance in a bid to curb the activities of rice smugglers and smugglers of other prohibited items.

The agency said it will join hands with the Air Force to deal decisively with smugglers.

This was disclosed by the agency’s Deputy Comptroller-General, Enforcement, Investigation and Inspection, Aminu Dangalidima, on Monday, June 25, 2018.

Dangalidima made the disclosure after the agency received 30 Toyota Hilux patrol vehicles from the federal government in its ongoing bid to cripple smuggling operations in the country. The issuance of the new vehicles follows a batch of 20 similar vehicles received by the agency earlier in June.

Dangalidima said, with the federal government’s support, the agency will deal decisively with smugglers and join hands with the Air Force to use some of its available equipment.

He said the plan is in progress and is part of the government’s efforts to boost revenue generation by preventing smuggling.

He said, “On June 11, the Service received the first batch of 20 Toyota Hilux vehicles as part of the Federal Government support to curtail smuggling of prohibited items, especially rice.

“With this robust support coming from the Federal Government, NCS today is in a better position to deal decisively with the enemies of Nigeria’s security and economic prosperity. With these vehicles, our response time at the scene of any smuggling activity will be swift and decisive.

“We are using technology to check smuggling and this is part of it. We are even thinking higher than this. We are thinking of having drones and we are also thinking of trying to bring in the Air Force.

“We are also trying to have the unmanned aerial vehicles and others that can assist us; and all these are in progress.

“We will be able to boost revenue generation once we are able to block leakages.”