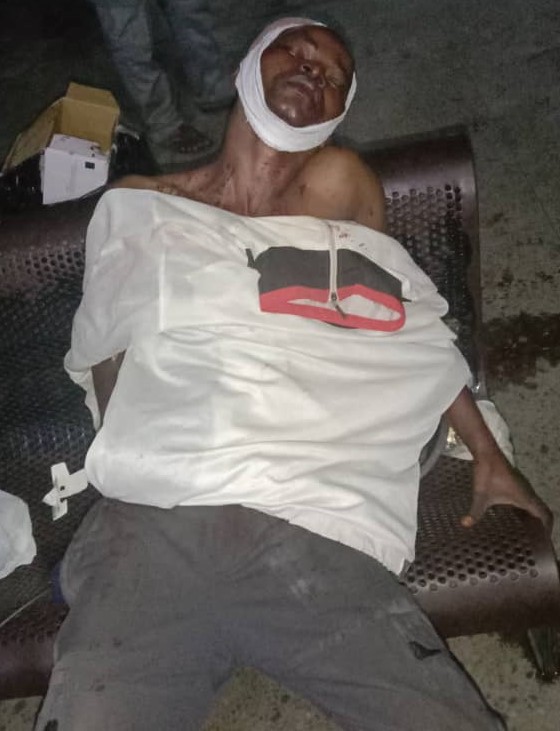 A customs officer was seriously injured over the weekend when some ruthless rice smugglers ambushed his patrol team at Sango area of Ogun State.

An eyewitness disclosed that the team had sighted a convoy of trucks loaded with foreign parboiled rice by suspected smugglers and heading for Sango market at about midnight.

The team, according to the source, had successfully seized one of the trucks and was in the process of intercepting others when the smugglers, along with some urchins, invaded one of the patrol vans left behind to protect the earlier seizure.

The urchins, in their numbers, reportedly tried to wrest a rifle from one of the officers and e eventually matcheted him when he proved too difficult, which then weakened him.

“As soon as the officer became unconscious, the urchins took his gun and fled when they sighted other patrol teams” the source added.

According to him, the man almost paid the supreme prize for refusing to allow smuggled rice into the country, but was already being treated in an undisclosed hospital.

“Why kill a customs officer over bags of rice that are not good for human consumption?” he queried. “The rice in question is poisonous. The people of Benin Republic do not eat such rice that is considered harmful to human health.

“We will fish them (perpetrators) out from their hideouts and they will be made to face the wrath of the law. I have informed the Olota of Ota and I have told him that I don’t want to see a single grain of smuggled rice in that area.

“We have a joint security team on standby and we will soon storm the market in Ota if the attackers of my officers are not brought before me.”

Ogun State has become notorious for continued fatal attack on customs officers on duty. Even recently, one was killed and dumped in a pit.

While the list of injured agents on duty is almost endless, it will be recalled that two officers were also killed and their bodies dumped in a nearby river while their rifles were taken away by suspected smugglers last year.

Several of the perpetrators have since been arrested and are standing trial in different courts in the state.