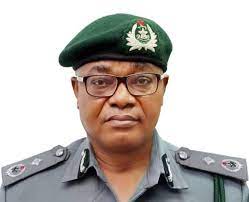 The Nigeria Customs Service (NCS) said it remains guided by global template for trade valuation as stipulated by the World Customs Organisation (WCO) and World Trade Organisation (WTO), as well as such international trade treaties as Article VII of the General Agreement on Tariffs and Trade.

This position was sequel to claims that it had accepted a different template by the Central Bank of Nigeria (CBN) which, in its letter of July 8, 2021, had informed the NCS that it was deploying a mechanism for verification of prices of goods before allocation of forex at the point of e-Form M registration.

However, the NCS insisted that with Nigeria being signatory to all the above, it cannot implement the CBN’s recently introduced e-valuator and e-invoicing for import and export businesses, contending that worldwide, adjudication of values for import and export is domiciled within the customs administration of every country.

It added that without doubt, the NCS “is alive to its statutory functions and has a vibrant valuation unit under the Tariff and Trade Department which roles, among others, includes the proper interpretation of WCO/WTO rules and agreements concerning the valuation of goods.”

The policy, which seeks to benchmark the price of imported and exported cargo, had drawn objections from critical stakeholders within and outside the industry on the ground that it requires critical considerations, the agency noted Thursday in a statement by the its Public Relations Officer, DC Timi Bomodi.

To that end, “the service still stands by its earlier submissions on the matter, as was clearly communicated to the House of Representatives Joint Committee on Customs and Excise, Banking and Currencies on 03 March 2022.

“The Article VII stipulates that the value for customs purposes of imported/exported goods should be based on the actual value paid or payable for them. This is commonly referred to as transaction value.

It further stated that as a government agency, the NCS “aligns with the WTO Agreement on Customs Valuation (ACV), as it aims for a fair, uniform and neutral system for the valuation of goods for customs purposes. This conforms to commercial realities and outlaws the use of assumed values for customs purposes.

“It is our view that the use of benchmarking in valuation as proposed by the CBN policy will negate the aim of the ACV and result in disputes, delays and uncertainties.”

Also, “the WTO Trade Facilitation Agreement (TFA) remains the service’s principal guide for trade facilitation. Therefore, NCS is always seeking new approaches to enable expedited clearance of goods from our ports by adopting new technologies, harmonising and simplifying our procedures, all of which are purposely designed to reduce cost.”

It recalled that the House of Representatives Joint Committee on Customs and Excise, Banking and Currencies had directed all agencies with defined roles in the supply chain to meet and harmonize procedures, with particular reference to resolving the issue of value for trade purposes.

“This meeting is yet to take place, therefore there could not have been any agreement supporting the CBN initiative as reported in the news,” it noted. “We look forward to the robust deliberation that is expected to occur. Until then, we shall continue to abide by the principles as contained in the ACV for all import/export transactions.”