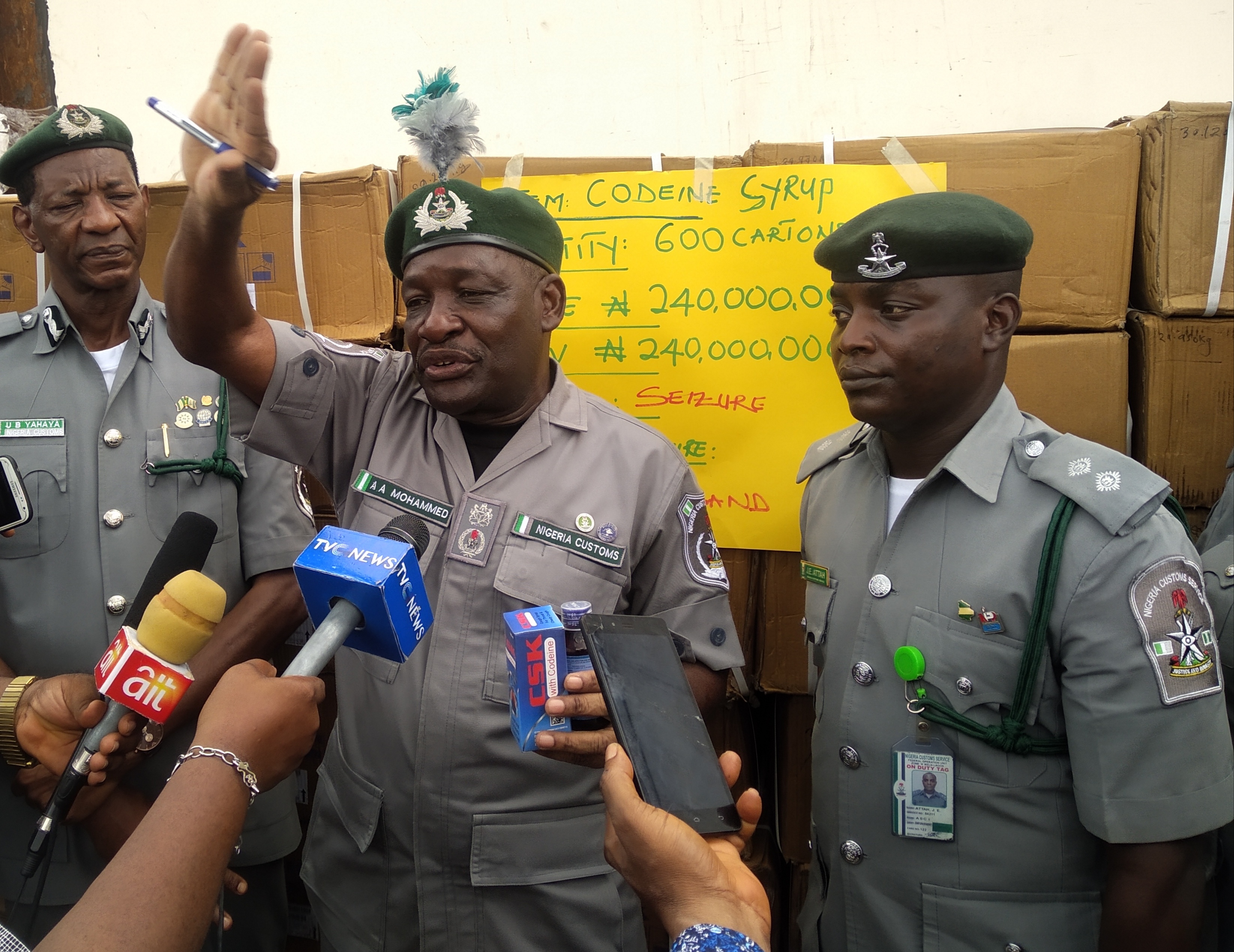 Compt. Aliyu Mohammed (middle) with samples of the codeine

The Federal Operations Unit (FOU) Zone A of the Nigeria Customs Service (NCS) has unveiled a massive interception of smuggled items and contrabands that included 113 cross-border exotic cars with Duty Paid Value (DPV) of N1.34 billion and 13,810 bags (over 23 trailers) of 50kg foreign parboiled rice worth N190.69 million.

Unveiling the items Wednesday at Ikeja, Lagos, the Area Controller, Compt. Aliyu Mohammed, said the seizures were made between February 6 and April 16, 2019, some along the intersection at Shagamu, and some at the Mile 2 axis, among others.

Mohammed said that he and his men have been buoyed by the global award from the World Customs Service, and the recent recognition by the National Agency for Food and Drug Administration and Control (NAFDAC) over the command’s anti-drug smuggling fight.

He expressed concern that criminals were still bent on destroying vulnerable youths and unsuspecting users by not only smuggling in banned, harmful drugs but also those without NAFDAC registration, including diclofenac.

Meanwhile, he warned the general public of the health hazards of smuggled foreign rice, even as the rate and quantity are on the increase, stating that a lot of them have expired, having been stored for years before coming into the country.

In the particular case of the seized Dangote Cement silo truck, which was used to smuggle in 800 bags of rice after discharging its flour, Mohammed warned that smugglers are only interested in the proceeds of their economic sabotage, not the health or well-being of the unsuspecting consumer.

He urged rice consumers to go for locally produced rice, which he said was available in good quality and sufficient quantity, while restating the command’s commitment to the fight against banned, harmful drugs, for which reason the FOU cannot stop being on the road.