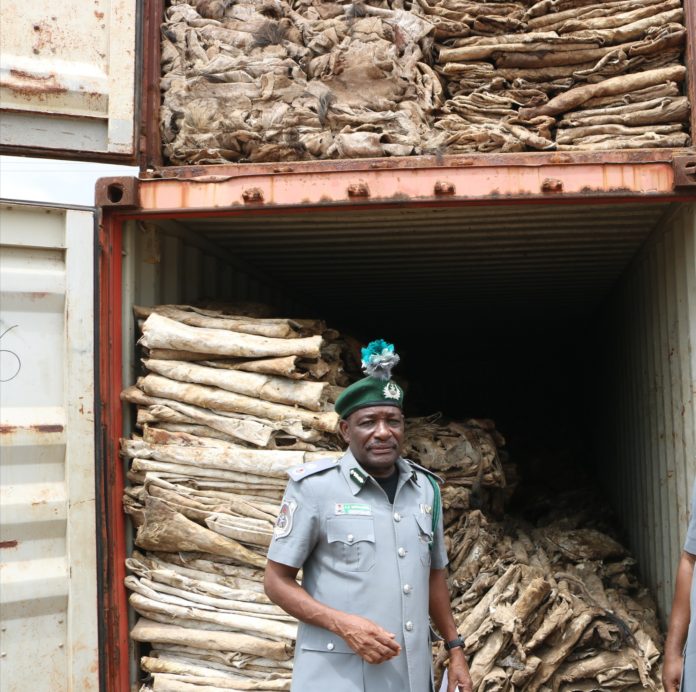 A large stock of the prohibited donkey hides, valued at N15 billion, has been intercepted by Federal Operations Unit (FOU) Zone ‘A’ of the Nigeria Customs Service (NCS) while being prepared for illegal export.

Compt. Aliyu Mohammed, who displayed the seizures in two containers to newsmen Wednesday in Lagos, said the agency also intercepted 29 cars and drugs along the road in Ogun State, bringing the value of all the seizures to N16.08 billion.

“As customs officers, we are going beyond duty collection to protect lives of people. This seizure is part of our efforts to prevent the mass killing of donkeys and discourage people from seeing it as business opportunity. We also made seizures of codeine, which is prohibited, concealed in pain-relief drugs without NAFDAC approved number, and valued at N101.6 million.“Within one hour, our officers seized 13 vehicles last week; now we have a total of 29 exotic cars, including a 2019 Land Cruiser, with total duty paid value of N712.2 million.”