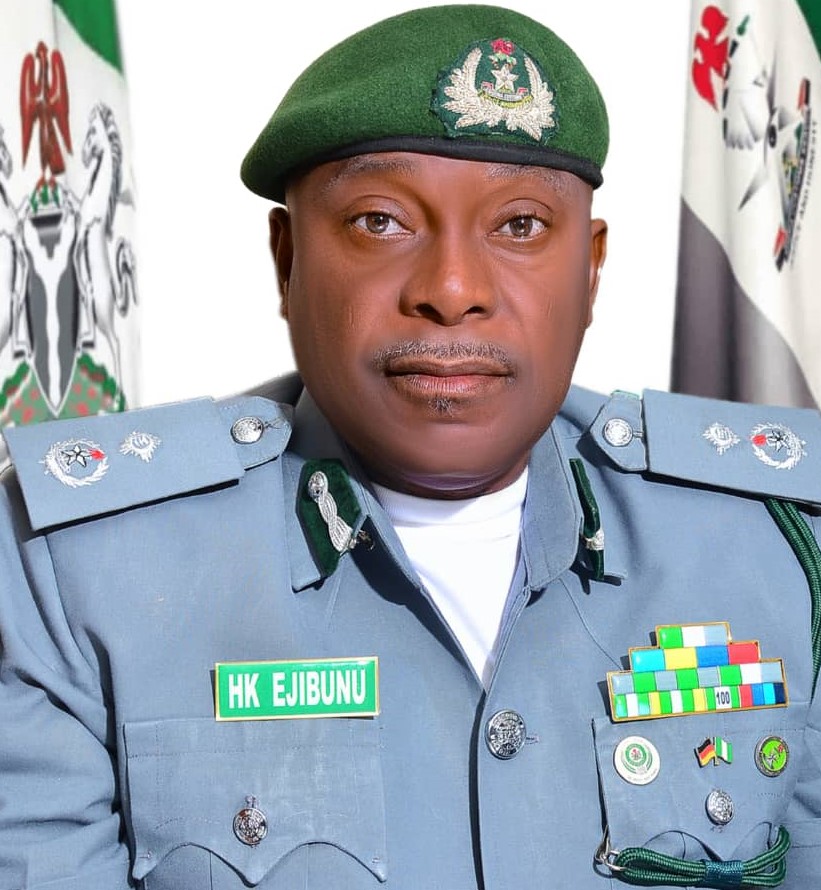 A total of 82,171 bags of foreign parboiled rice (about 135 trailers) with an approximate Duty Paid Value (DPV) of N7.8 billion was seized last year by the Federal Operations Unit (FOU) Zone ‘A’ of the Nigeria Customs Service (NCS), Ag Controller Hussein Ejibunu said.

The unit also generated revenue from Debit Notes arising from false declarations to the tune of N617.919 million, he disclosed.

Significantly, 116 suspects were arrested, 18 arraigned, 69 released on administrative bail, one handed over to the National Drug Law Enforcement Agency (NDLEA) and 23 currently in custody.

Disclosing this to newsmen in Lagos Tuesday during a review of 2021 and overview of 2022, Compt. Ejibunu described the preceding year as event-filled for the unit going by the quantity and quality of the seizures, the total revenue generated, the number of notorious smugglers arrested and the commendation letters from the NCS headquarters.

He thanked the NCS management for the 16 additional operational vehicles, five gun-trucks for enhanced anti-smuggling activities, and the purchase and installation of 250KVA power generating set to remedy the unstable power supply to the office environment.

Meanwhile, he explained that the operational vehicles and gun-trucks helped in rejigging the unit’s operations, while the Comptroller-General’s commendation letter further motivated his officers and men for improved performance. More so, the unit has mapped out strategies for vigorous revenue recovery to meet or even surpass any given target, he added.

According to him, “all revenue leakages must be blocked as the Customs Intelligent Unit will spread their tentacles to furnish the unit with credible information regarding concealments, transfer of value, wrong classification and low value.”

“Regarding anti-smuggling activities, our focus would be the border areas as we are going to intensify patrols and ensure that un-Customs goods do not find their way into the country.

“We are not unaware of the fact that election year is just around the corner. It is a period during which illicit importation takes place and certainly, that will not happen.

“Let me warn economic saboteurs and dare-devil smugglers in the zone to stay clear or be served their waterloo if they don’t embrace legitimate economic activities. In terms of trade facilitation, the unit is overly ready to protect genuine traders.”