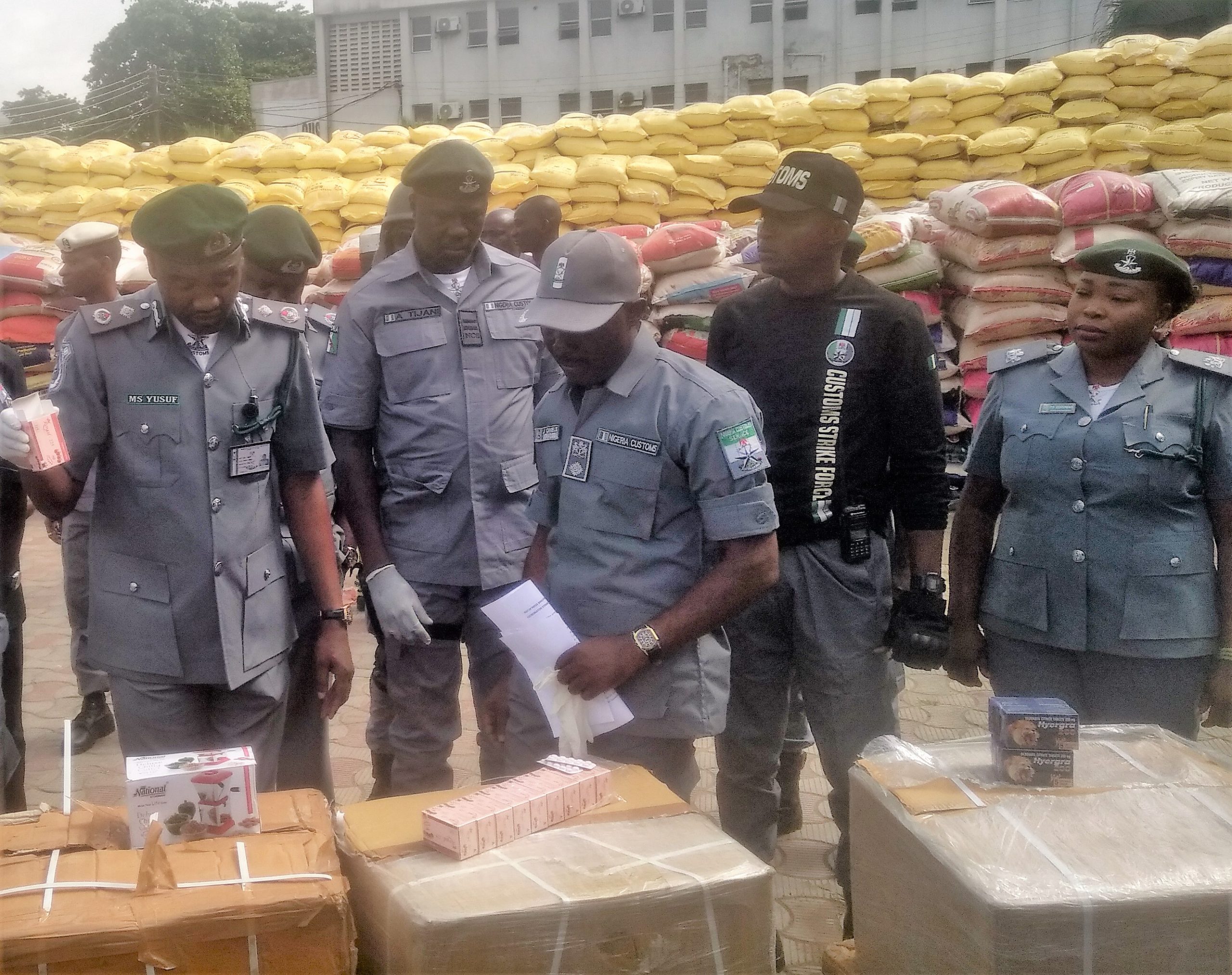 The Controller-General of Customs (CGC) Strike Force Zone ‘A’ of the Nigeria Customs Service (NCS) said it evacuated 4,000 bags of rice, codeine and tramadol, among others, from a warehouse and market respectively, both in Lagos, where goods from a diverted container-in-transit were offloaded.

Disclosing this to newsmen in Lagos Wednesday, Coordinator of the CGC Strike Force Zone ‘A’, DC Mohammed Yusuf, also showcased a massive seizure of various contrabands with a total Duty Paid Value (DPV) of N6.64 billion, adding that the unit also raised a revenue of N1.36 billion for March and April 2022.

Yusuf expressed concern at the rising rate of importers’ diversion of containers-on-transit from the seaports to private warehouses, markets and other contrary destinations to beat checks and conceal contrabands.

Announcing that some arrests have been made while investigations continued, he said the containers were actually trailed from India and bound for a bonded terminal on discharge at the seaport, but credible intelligence was raised when they never arrived at the designated terminal.

Eventually, the rice was evacuated from a warehouse, which has been sealed, while the drugs were retrieved from a shop in the Auto Spare Parts and Machinery Dealers Association (ASPAMDA) Market.

According to Yusuf, the unit’s resolve to step up the fight against smuggling and the enemies of the economy is renewed every day as smugglers remain unrelenting. He stated: “We won’t allow them have their way through whichever means they choose.

“Our 24-hour patrol yielded more results in addition to the seizures two months ago. You may recall that the Federal Government, through the Ministry of Health, had banned the production/importation of codeine because of its gross abuse.

“The use and abuse of drugs is responsible for the different social vices and criminalities in society; this is witnessed in the pervasive outburst of insecurity. Hence, all patriotic citizens are enjoined to support the fight against smuggling of any kind.”

Meanwhile, he regretted that the quest to smuggle foreign parboiled rice into the country has been on the increase in spite of desperate efforts by the Federal Government to encourage local production.

According to him, “the attendant effects of smuggling foreign rice into the country include but not limited to the increase in the rate of unemployment, draining of the nation’s foreign exchange, and health hazards.”

Similarly, he warned against the continuous extermination of wildlife, in this case donkey (for donkey skin), on the biodiversity in the ecosystem, stating that “consistent elimination of donkeys will eventually lead to the extinction of the specie, which will consequently affect the ecosystem.”

Nevertheless, he assured that the unit will always ensure compliance with all customs extant laws, complete payment of duties and penalties through issuance of demand notices (DN) when necessary.

He further warned those contravening customs laws and the Federal Government’s fiscal policies of the agency’s renewed vigour and readiness against their illegalities, while assuring compliant traders and importers of support and trade facilitation.