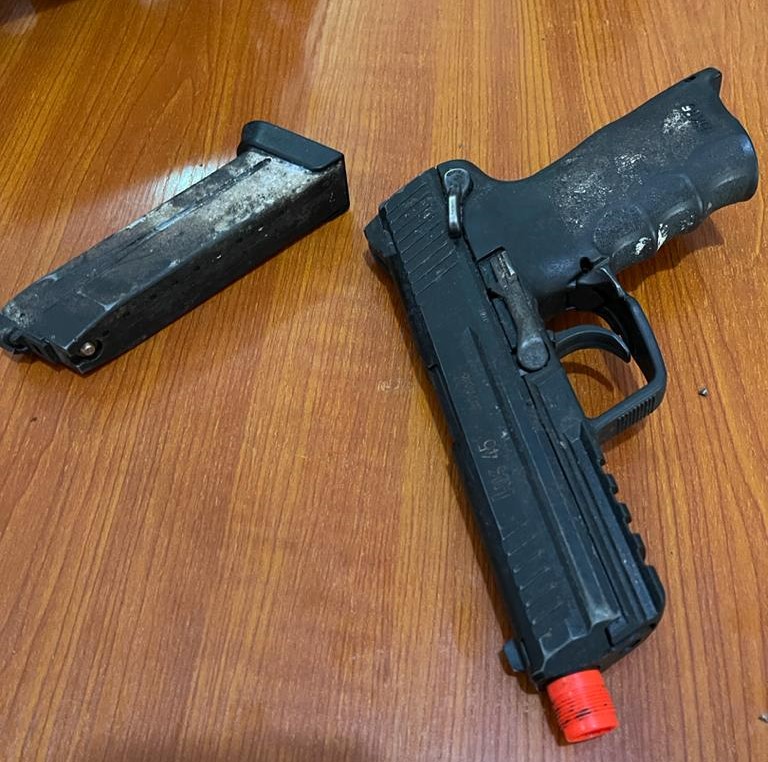 The Tin Can Island Port Area Command of the Nigeria Customs Service (NCS) said its operatives at the Five-star Logistics Terminal discovered a pistol with magazine in a Toyota Camry car at the exit point over the weekend.

In a statement, the Command Public Relations Officer, Mr. Uche Ejesieme, added that “consequently, and in line with our standard operating procedure (SOP), the DSS, police and other security agencies were invited to the scene.”

Thereafter, the exhibits were taken to the command’s enforcement unit for safe custody pending a formal report to the NCS headquarters on Monday for further directives.

Meanwhile, the Area Controller, Compt. Musa Abdullahi, has directed immediate investigation into the incident to unravel those behind it and truncate their supply chain.

He reiterated the agency’s advice to importers and agents to desist from offensive imports, particularly items on the absolute prohibition list, because of the dire consequences.

In another development, the NCS Ogun I Command has denied claims that arms were being smuggled into the country through the state as reportedly alleged by the Chairman of NANS JCC, Damilola Simeon Kehinde, and National President of NAOSS, Ogunrombi Gbemileke.

The command, in a statement by the Public Relations Officer, Hammed Oloyode, described the allegation as misleading and likely to create unnecessary tension in the state and country, adding that the command had never allowed the smuggling of arms and ammunition into the country in whatever form, and will never do so.

According to the statement, the command has since fortified the numerous illegal routes through which contrabands were being smuggled into the country by aggressive patrols, and has stepped up its anti-smuggling operations to checkmate the nefarious activities of enemies of the state.

“Other allegations of smuggling taking place during the daytime is only in the imagination of the fabricator of that story,” the statement claimed.

“The tightened security architecture in the state today by customs and other security agencies will not permit smuggling of contrabands and other prohibited items at night time, not to talk of during the day.”

The command disclosed that since January, it has seized over 1,500 different contrabands and prohibited items, including 46,491 bags of foreign parboiled rice, used vehicles, used shoes and clothing and tomato paste, as well as export-bound sativa (Indian hemp) and petroleum products since January.

It urged the “students, their sponsors and collaborators” to focus on their studies to become better citizens tomorrow, and to channel their energies into educating their fellow members in the different communities on the dangers of smuggling “instead of being used for blackmail of government institution.”