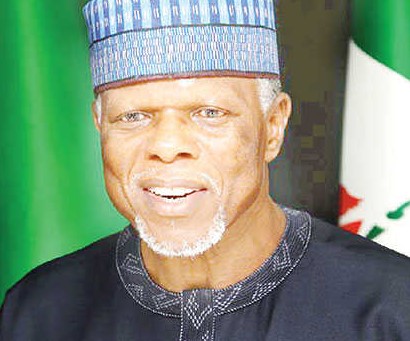 To ensure that justice is served and the bereaved family assuaged, the Nigeria Customs Service (NCS) has detained and is investigating four operatives of the Federal Operations Unit (FOU) Zone A, who were part of the patrol team involved in the gun accident that killed Godwin Agada Onoja in Ogun State on Sunday.

Also, the agency has been communicating with the bereaved family, while the Comptroller-General of Customs, Col. Hameed Ali (rtd), has set up a panel led by the Zonal Coordinator, Zone A, ACG Kaycee Ekekezie, to investigate the killing, according to a statement from the National Public Relations Officer, DC Joseph Attah.

The statement assured that any officer caught on the wrong side of the law would be death with accordingly. It noted that   following the unfortunate incident on February 17 at Shagamu Interchange, involving operatives of the Federal Operations Unit Zone A, which led to the death of Onoja, the agency has maintained close contact with the bereaved family.

“We are pained by this sad development and share the grief of losing a fellow compatriot in a seemingly avoidable circumstance,” the statement read. “We are and will continue to take every necessary step that will cushion the pains associated with losing a dear one.

“Consequently, the Comptroller-General of Customs, Col. Hameed Ibrahim Ali (rtd), has directed a thorough investigation into the immediate and remote causes of the incident, with a view to ensuring that justice is served.”

Attah further assured that the outcome of the investigation would be made public, and that the officer whose rifle discharged would also face the panel as soon as he was fit. And in line with the directive, “the investigation panel headed by Ekekezie has interrogated and detained four members of the patrol team.

“The panel could not immediately conclude the investigation because the actual officer (ASCI Destiny Onebamho), whose riffle discharged, is presently receiving medical attention as a result of the attack following the unfortunate incident. He will face the panel as soon as he is fit to do so, to enable the panel conclude investigations and recommend appropriate action(s).”

While commending the public concern and strong emotions that attended the viral video with different narratives, the statement assured Nigerians that the NCS is a reputable organisation known for integrity and responsibility and will, in line with its corporate values, not shield any operative found wanting in the ongoing investigation.

“Nigerians will recall that in 2017, the service made public its investigation and dismissed five officers implicated in the illegal release of the 661pump-action riffles from Apapa Port,” Attah stated. “The dismissed officers were immediately handed over for prosecution alongside the importer and agent – a prosecution that is ongoing at the Federal High Court, Ikoyi, Lagos.

He further assured that the investigations would be holistic, extending to weapon handling skills and actions that must be taken by the service to possibly prevent a recurrence, while the public would continue to be updated with the details of every action taken in over the unfortunate incident.

A customs officer, ASCI Destiny Onebamho, had on Sunday shot dead a customs friend during a heated argument with passengers of a passenger bus that was intercepted over the bales of used clothing it was carrying.