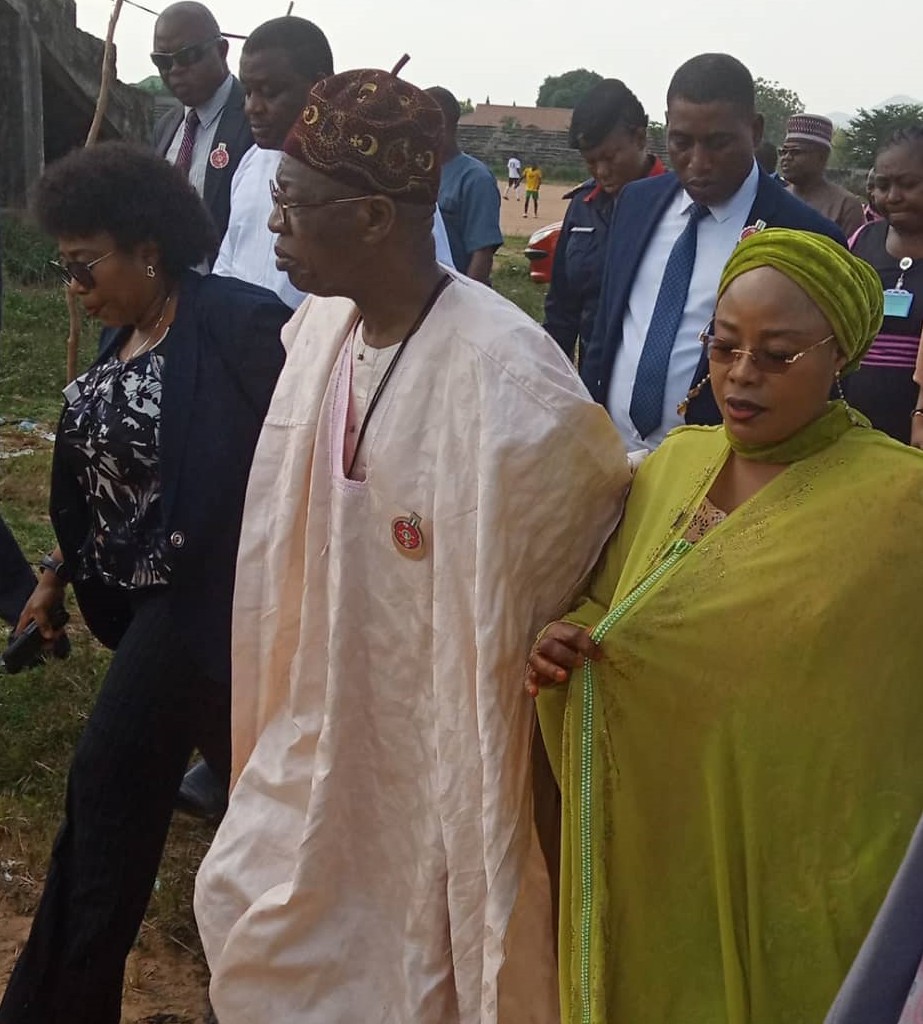 Minister of Information and Culture, Lai Mohammed, flanked by the ministry’s Permanent Secretary, Grace Gekpe (left), and Minister of State for the Federal Capital Territory, Dr. Ramatu Tijani Aliyu (right), during his tour of the locations for the Abuja 2019 Carnival For Peace…Tuesday

Towards a well packaged and hitch-free Abuja Carnival 2019, themed “Culture for Peace,” the Ministries of Information and Culture, and the Federal Capital Territory (FCT) have agreed to work together.

This followed a courtesy visit Tuesday by the Minister of Information and Culture, Lai Mohammed, to his FCT counterpart, Muhammad Bello, to solicit his support to host an event befitting of the status of the FCT.

Intimating Bello with plans so far, Mohammed requested the FCT to assist “in providing accommodation for participants from various states, venue and security for all and sundry, medical services and waste management control, assistance in the decoration of venues and streets, as well as adequate traffic control for the street carnival especially.”

According to him, “the carnival is a strong platform for unity of the country, because it is the only carnival where every state participates fully and makes people see that even though they might be diverse, there is a lot that unites all of us.”

To that end, “we come here to solicit your support because we want to have a successful 2019 carnival that will be the talk of the town.

Noting that the last editions of the festival did not meet his taste, Mohammed said the coming event, billed for November 23 to 25, would be decentralised to various area councils. According to him, the carnival, billed to feature about seven events, will be staged at seven different places to enable many people participate and feel its effect.

Responding, Bello welcomed the revised version of the festival and assured of his support. He stated that the carnival, beside being a platform to showcase and cement Nigeria’s unity, would also benefit the economy.

More so, he urged the minister to incorporate fishing festival in the activities for next edition, as the FCT has water bodies to handle that, just as he called for private sector collaboration to address the carnival’s huge funding challenge.

Meanwhile, Mohammed and the FCT Minister of State, Dr. Ramatu Tijani Aliyu, inspected three of the proposed locations – the Kuje Stadium, Old Parade Ground at Area 10, and the Area 1 Roundabout.

The event begins with a street carnival and opening ceremony from the Old Parade Ground to Area 1, then a children fiesta at Government Secondary School, Garki, Area 10.

Others include Durbar at Kuje Stadium, Boat Regatta at Jabi Dam, Masquerade Fiesta at the Government Day Secondary School, Gwagwalada; a traditional cuisine fair and bush bar at the Old Parade Ground, and contemporary music fiesta.