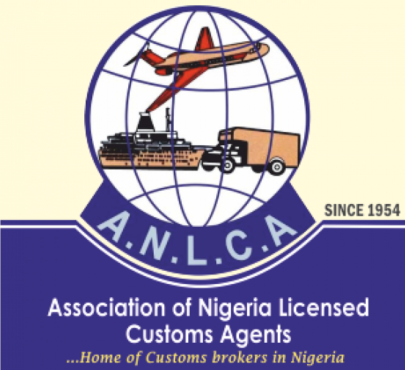 Nigeria’s foremost customs brokers, the Association of Nigeria Licensed Customs Agents (ANLCA), has rejected a donation of N100,000 to it by its sister-union, the National Association of Government Approved Freight Forwarders (NAGAFF), as Covid-19 palliative.

NAGAFF had, in a statement circulated among some online news platforms, announced a palliative gift of N100,000 to ANLCA, among the other beneficiaries of its N1.5 million relief fund, including the federal and Lagos State governments.

Reacting to the donation, however, the customs brokers commended the gesture but asked rather that it be “ploughed back into NAGAFF in helping to achieve a befitting operating environment for it and its operatives,” according to a statement by the ANLCA National President, Tony Iju Nwabunike.

ANLCA further tasked NAGAFF on humility in its charities as pre-condition for divine reward, stating: “Without sounding immodest, we wish to state that ANLCA is at the fore of supporting the less privileged at our individual and corporate levels without making a show of it, as such could puncture the dignity and self-esteem of the receivers.

“We in ANLCA, as a body of notable individuals in the customs brokerage and freight forwarding profession, have stepped up giving to persons in and outside the maritime industry without making a media show or hype of it.

“We have not stopped giving because we owe humanity and our immediate society some degree of charity. We do this in the consciousness that our creator, who sees our works of charity done in secret, will reward us in the open on this earth and the world hereafter.”

And contrary to its request that the beneficiaries should contact “the undersigned,” ANLCA advised NAGAFF not to expect the federal and Lagos governments to abandon their busy efforts at containing the pandemic to reach them, but should rather take the donation to them like others are doing.

Noting that “the fight against Covid-19 should be a collective effort, and no stone should be left unturned in this regard,” it directed freight forwarders who have no business in the port to stay at home, while those with official business engagement should totally adhere to the stipulated precautionary measures.

“We do stress that only the living and healthy can carry out business functions beyond Covid-19, hence the need to keep safe and secure.”