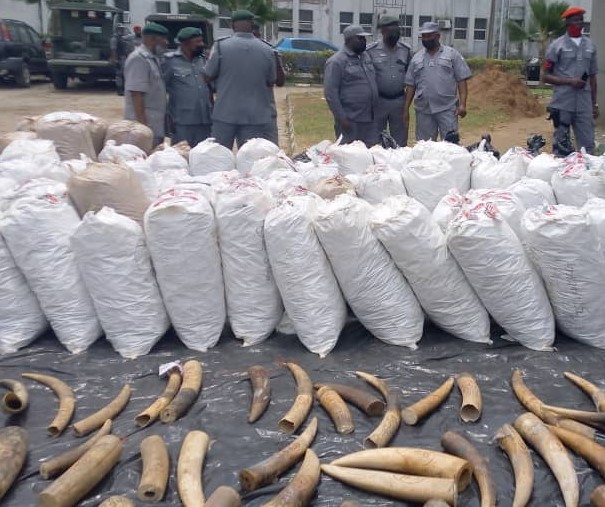 A Federal High Court in Lagos has ordered the four Guineans and a Nigerian standing trial for their alleged attempt to export N22.3 billion worth of Pangolin scale and elephant tusk remanded in the custody of the Nigeria Customs Service (NCS).

However, the Guineans pleaded not guilty to all four-count charges, which were read to them by a translator in Manike, a Guinean dialect.

Justice Rigim ordered their remand till September 1, 2021, when the NCS is expected to file a counter-application to their bail application by the defense counsel. He further adjourned till then.

Muyribein Bereye and Sediki Berete, reportedly on the run, were not in court yesterday, though the NCS’ Counsel, Smart Akande, told the court that efforts were ongoing for their arrest and prosecution.

He further told newsmen after the arraignment that all necessary applications would be filed before the adjourned date, stating that all the accused persons were supposed to have been arraigned on August 18, 2021 but for the absence of a translator.