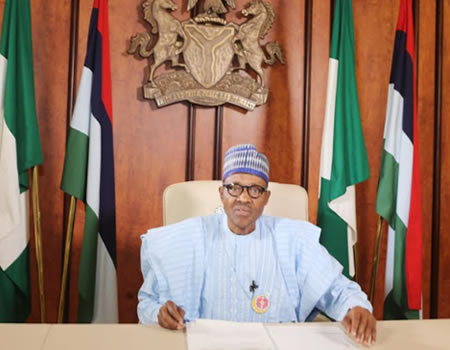 PRESIDENT Muhammadu Buhari has signed into law, the “Not Too Young To Bill,” with a plea to the youth not to consider contesting for presidency until 2023. He had promised to assent to the bill in his Democracy Day address last Tuesday. He performed the ceremony on Thursday inside the Council chambers of the presidential villa, Abuja. Speaking at the ceremony, Convener of the group behind the bill, Samson Itodo, regretted that Lagos, Kano and Zamfara states were the only states whose legislatures rejected the bill. According to him, in signing the bill, Buhari has written his name in gold for being the first president to sign the bill. He implored the president to press for internal democracy in political and ensure the reservation of some positions for young people.
Post Views: 703