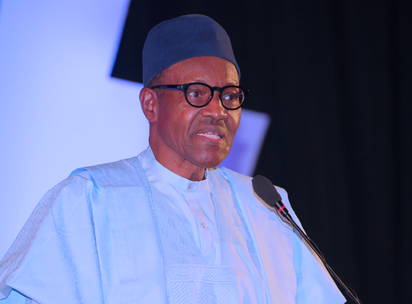 President Muhammadu Buhari is said to be livid at the comment credited to National Chairman of All Progressives Congress, APC, Comrade Adams Oshiomhole, to the effect that he was condoning his ministers on acts of indiscipline.   Comrade Oshiomhole had threatened to expel the Minister of Labour and Employment, Dr Chris Ngige, for failing to constitute boards of agencies under his ministry, stressing that if the minister took pleasure in disobeying presidential directives, the party under his watch would not tolerate it.   A source in the Presidency said yesterday, that the President was very angry at Oshiomhole’s comments.   “The President was not happy with the comment of the APC chairman because it portrayed him as inefficient,” the Presidency source said.   Comrade Oshiomhole was at the Presidential Villa yesterday to see the President after the weekly Federal Executive Council, FEC, meeting at the council chamber.   Meanwhile, Minister of Transportation, Mr Rotimi Amaechi, has denied ever saying  Oshiomhole was  badluck to the party.   This is even as it was gathered that some ministers had frowned on the  APC national chairman’s threat to expel from the party cabinet members who disobeyed his directives.   Minister of Information and Culture, Alhaji Lai Mohammed, has, however, assured that any misgivings between the party and cabinet members would amicably be resolved.   He said: “Two weeks ago, we launched a campaign against fake news and it is one of the most dangerous phenomena we have today.   Speaking while briefing State House correspondents after the FEC, meeting yesterday, Amaechi, who interjected Minister of Information on what was the position of the council on the face-off between Oshiomhole and Ngige, noted that there were many fake stories flying around.   Amaechi said: “How do you know it is true? I saw in social media this afternoon where they claimed I said the chairman is  badluck. I never said so. I have never said such a thing.”
Post Views: 802