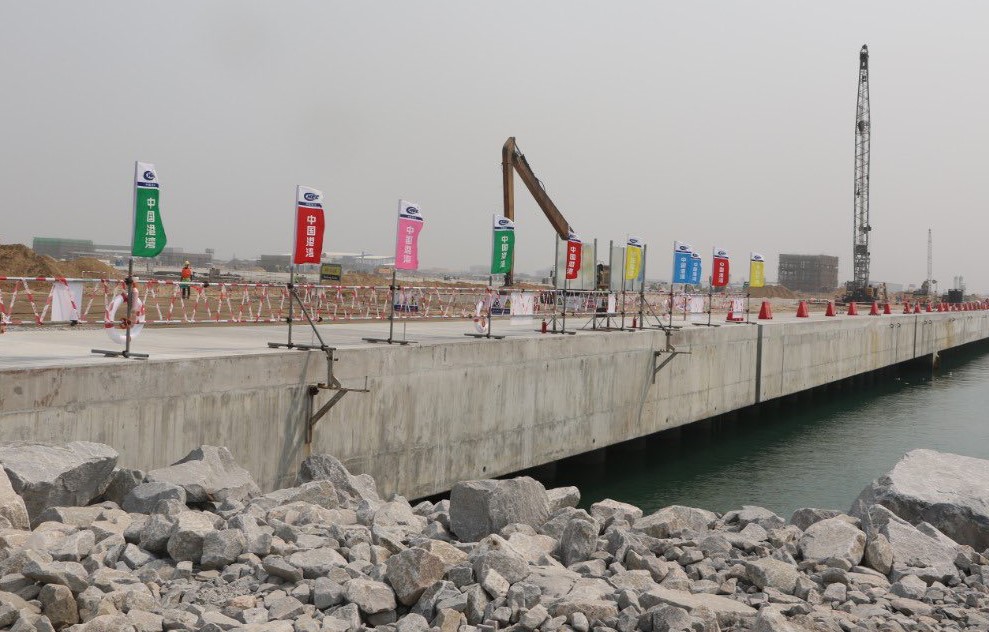 The Federal Government may have calmed the fears of a worse gridlock than the Apapa scenario at the Ibeju-Lekki port city by directing the linking of the Lekki Deep Seaport by rail to the Lagos-Ibadan rail line.

If given the required attention, the rail line, in addition to roads and barges, will avert a worse form of the intractable gridlock on the Apapa port city access roads on the Lekki corridor which, with the Lekki Deep Seaport and Dangote Refinery and allied products, has by far more vehicular potential.

Minister of Transportation, Chibuike Amaechi, told newsmen Tuesday that President Muhammadu Buhari gave the directive after touring the port, even as he was delighted at the pace of ongoing construction work ahead its commissioning in September.

He disclosed that Buhari commended his efforts at making the Lekki Deep Seaport a reality and directed him to consult and bring up a memorandum to link the facility with rail network the Federal Executive Council (FEC).

The president further expressed confidence that the commencement of operations at the port would strengthen Nigeria’s maritime sector to meet the ever-growing demands for sea-borne goods and also position the country as the maritime hub for West Africa, even up to the Central African Republic.

“I can confirm that President Muhammadu Buhari is delighted with the progress of work on the project,” Amaechi said. “I am also happy, and I am sure everyone is happy that the project is going on as scheduled. We are looking forward to the official commissioning and commencement of operations.”

On their part, Ruogang expressed the company’s appreciation for the president’s visit and the immense support the project has received since inception, stating that the team remained committed to delivering the project as scheduled.

He further stated that the company was working round the clock to ready the facility by September for commissioning as scheduled, to ensure that commercial operations commence by the fourth quarter of 2022.

He added: “We are very pleased and grateful to President Muhammadu Buhari for his visit to Lekki Port today; this day will remain a memorable one in the history of this port. We sincerely thank all the dignitaries that accompanied him here today even as we look forward to having them soon for the official commissioning.”

Also, the Managing Director of Lekki Freeport Terminal – the terminal operator – Mr. Denrick Moos, assured that the port operation would be world-class and efficient, leveraging technology in the automation of its processes.

Moos commended both the promoters and partners of the project, including Tolaram and China Harbour Engineering Company, for their commitment towards the timely delivery of the project in readiness for commencement of operations.