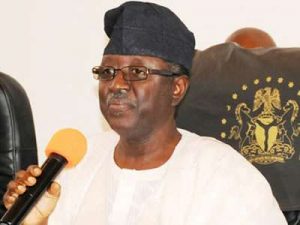 A former Governor of Plateau State and senator representing Plateau North, Jonah David Jang, has said President Muhammad Buhari and the ruling All Progressives Congress (APC) were destroying democracy in the country ahead of 2019. Sen. Jang said this while briefing journalists, in Jos, the state capital. He described his indictment on the recent killings in Plateau State as senseless and laughable. According to Sen. Jang, “I am the senator representing Plateau North, I may be re-contesting the Senate, and I may be contesting a higher position. “That decision is in the making and the PDP is working very hard to win the election on the Plateau and I am a key figure here on the Plateau. “So, there seems to be a very deliberate plan to get me out of the way so that I don’t participate in any of the electoral processes. “I just want to make it very clear that if this is the way our politics is going to be, then I am sorry to say that the democracy that we worked hard for is dying. “I was part of the G-18, G-34, that fought for this democracy to come, and the G34 formed the PDP, and PDP nurtured democracy for 16 years. “But now, the APC as a party has come and wants to destroy it by trying to make sure that there is no opposition. “They want Nigeria to become a one party state, and I believe that this is a subtle way of destroying democracy in Nigeria. “But by the grace of God, it will not happen. This democracy has come to stay, and we are going to participate fully and no amount of threat will stop us from taking over power as a party in Nigeria in 2019.” Jang raised alarmed over alleged grand plan by the APC government in the country to incarcerate him ahead of the 2019 general election and vowed to put a stop to the misrule of President Muhammadu Buhari. He dismissed his indictment in the recent massacre in Plateau State, saying the over 200 persons killed in the attack were his relatives and constituents who gave him mandate as Governor and Senator representing Plateau North.
Post Views: 896