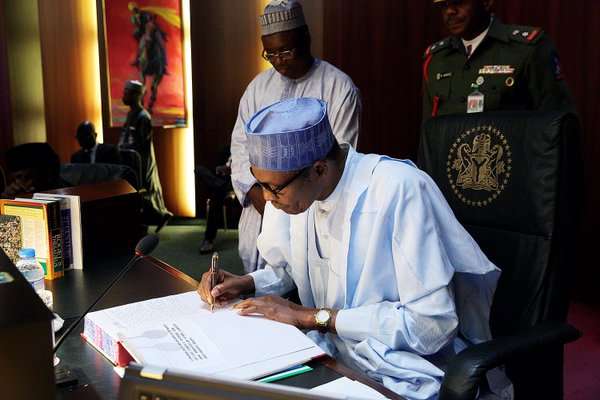 President Muhammadu Buhari has finally inked his signature on the ‘Not Too Young To Run’ bill, signing it into law months after the National Assembly and state Houses of Assembly signed off on the lowering of the age limit for elective positions.

The president had earlier revealed during his Democracy Day address on Tuesday, May 29, that he will sign the bill soon and has delivered on his promise in the signing that took place at the Presidential Villa on Thursday, May 31, 2018.

The bill was initially passed by the Senate in July 2017 while a large majority of members in the House of Representatives also signed off on it before it moved to Houses of Assembly where it was passed by 33 out of 36 states.