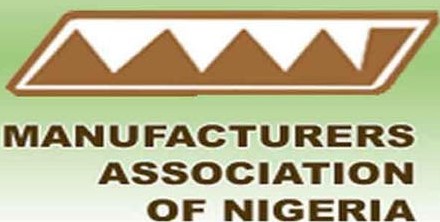 Over one year since Nigeria shut its land borders to international trade on claims of fighting smuggling, terrorism and illegal arms proliferation and other unacceptable products, the Manufacturers Association of Nigeria (MAN) says the exercise is no longer sustainable.

Fielding questions from newsmen in Lagos during after the MAN 48 Annual General Meeting, the association’s President, Mansur Ahmed, explained that the land borders were shut partly to stem “smuggling and massive importation of counterfeit and unacceptable products.”

The other reasons included promoting consumption of local produce and manufactured goods, thereby increasing investment and growing the economy, as well as job opportunities, among others.

According to Mansur, this was undertaken “while looking at the measures to eliminate the importation of these fake products in the first instance, and to also take the opportunity to improve the infrastructure for import and export trade, which will enable us to end smuggling.”

However, “we believe, and have written to government recently, that since the borders were closed, there had been enough time to control smuggling and dumping of fake products into the country.

“With that, we believe that the borders should now be open, because we are now about to start AfCFTA (Africa Continental Free Trade Agreement), and this agreement obviously means that we cannot sustain the border closure.

“It is important we open the borders immediately so that our importers and various marketers legitimately trading in various countries in the West African sub-region could resume, otherwise some of them would lose significant market.”

Meanwhile, the manufacturers regretted that inadequate electricity supply and incessant tariff increase without commensurate improvement in generation, transmission and distribution has seen the sector spend over N67.38 billion on self-generated electricity, with energy cost accounting for over 38 per cent of production cost in 2019.

While agreeing that electricity subsidy of N500 billion in 2019, as disclosed by the Federal Government, was not the way forward, the association asked government to ensure massive metering to end the current extortion of consumers through non-transparent and non-reflective estimated billing.

According to Mansur, government would not have enough resources for infrastructure and other needs if the subsidy continues. Rather, government should look at ways the power sector should be stabilised, especially to ensure consistent electricity supply.

“We also insisted that there should be massive metering, which will ensure that all consumers have meters and are paying only for what they consume,” he added.

“We are aware that estimated billing as being used by distribution companies is so bad for consumers. Sometimes, when your neighbour is consuming N2,000, they send you N10,000; that is not acceptable.

“Now, the problem, particularly for manufacturers, is not just the tariff but also availability. If we have power supply on steady basis, we can afford the tariff.

“This is the rational for saying to the government, improve electricity supply, ensure that we are paying only for what we consume, and introduce measures that will improve the efficiency of the supply system; and we will accept the higher tariff.”