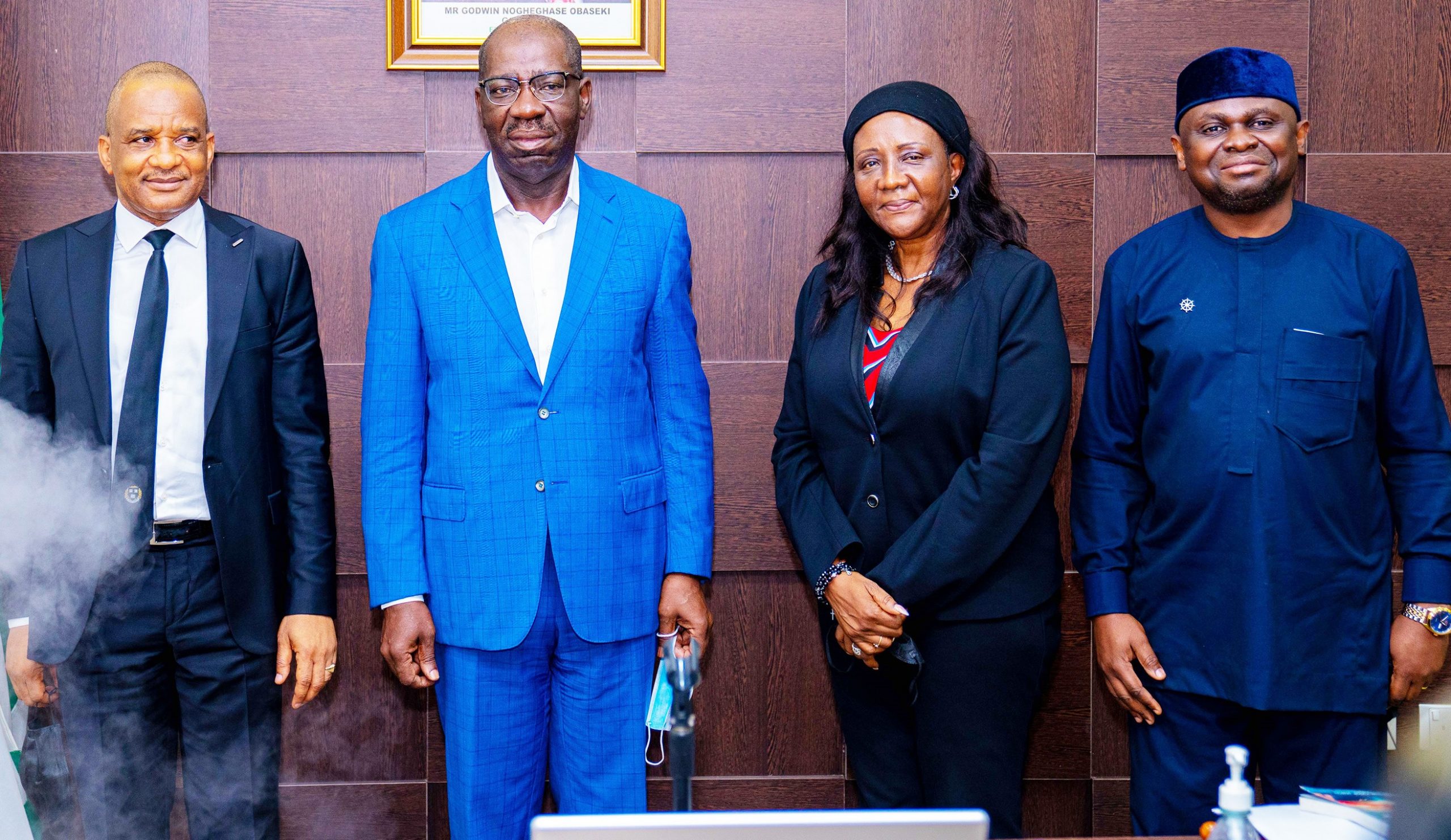 Governor Godwin Obaseki of Edo State has alerted the nation that being centrally located, the Benin River Port project is a critical and strategic link to all parts of the country and would boost the Nigerian economy.

Obaseki, who spoke in Benin City during a courtesy visit by a team from the Nigerian Maritime Administration and Safety Agency (NIMASA), led by the Director-General, Dr. Bashir Jamoh, stated his administration’s readiness to partner the agency in bringing the project to reality.

Appraising the ecology of the state as “very unique,” Obaseki explained that “Edo State is a nexus for Nigeria hence the strategic role the Benin River Port would play in the transportation of goods to other parts of the country.”

“You can connect the east and west from Edo within two hours, so that means in six hours, goods from Apapa in Lagos will be everywhere in the country,” a statement from the NIMASA Assistant Director, Public Relations, Edward Osagie, further cited him to say.

“We are locating this port in a place that is perhaps Nigeria’s largest and richest onshore gas reserve. You can imagine that this energy exists to drive whatever amount of industrialisation that needs to be.”

The governor commended the NIMASA management for the blue economy initiative, insisting that the Nigerian economy must be diversified.

Earlier, Jamoh had restated NIMASA’s commitment to human capacity development as the basic catalyst to growing the maritime sector.

He acknowledged the Benin River Port project as proof that Edo understands the benefits of shipping and expressed readiness to partner the state in exploring the blue economy opportunities.

He further stated the agency’s readiness to fully fund Edo indigenes below 25 years to Greece to study maritime-related courses, stating that human and infrastructural capacity development are key to the growth of the nation’s maritime industry

More so, he disclosed that NIMASA’s drive to develop the blue economy in partnership with littoral states was aimed at achieving a diversified economy for the country because “shipping is the alternative to oil and the shipping sector in Nigeria can produce three quarter of the nation’s earnings from the oil sector.

“To achieve this, we at NIMASA are engaging the littoral states in Nigeria to develop strategies that would lead to maximising the potentials of the sector within the next 10 years, when countries are targeting to end the use of fossil fuel.”

Jamoh commended the state government on the river port project, which he said would be a revenue booster for the state, noting that Kano, Plateau and Gombe states have also invested huge resources in inland dry port development as non-littoral states.