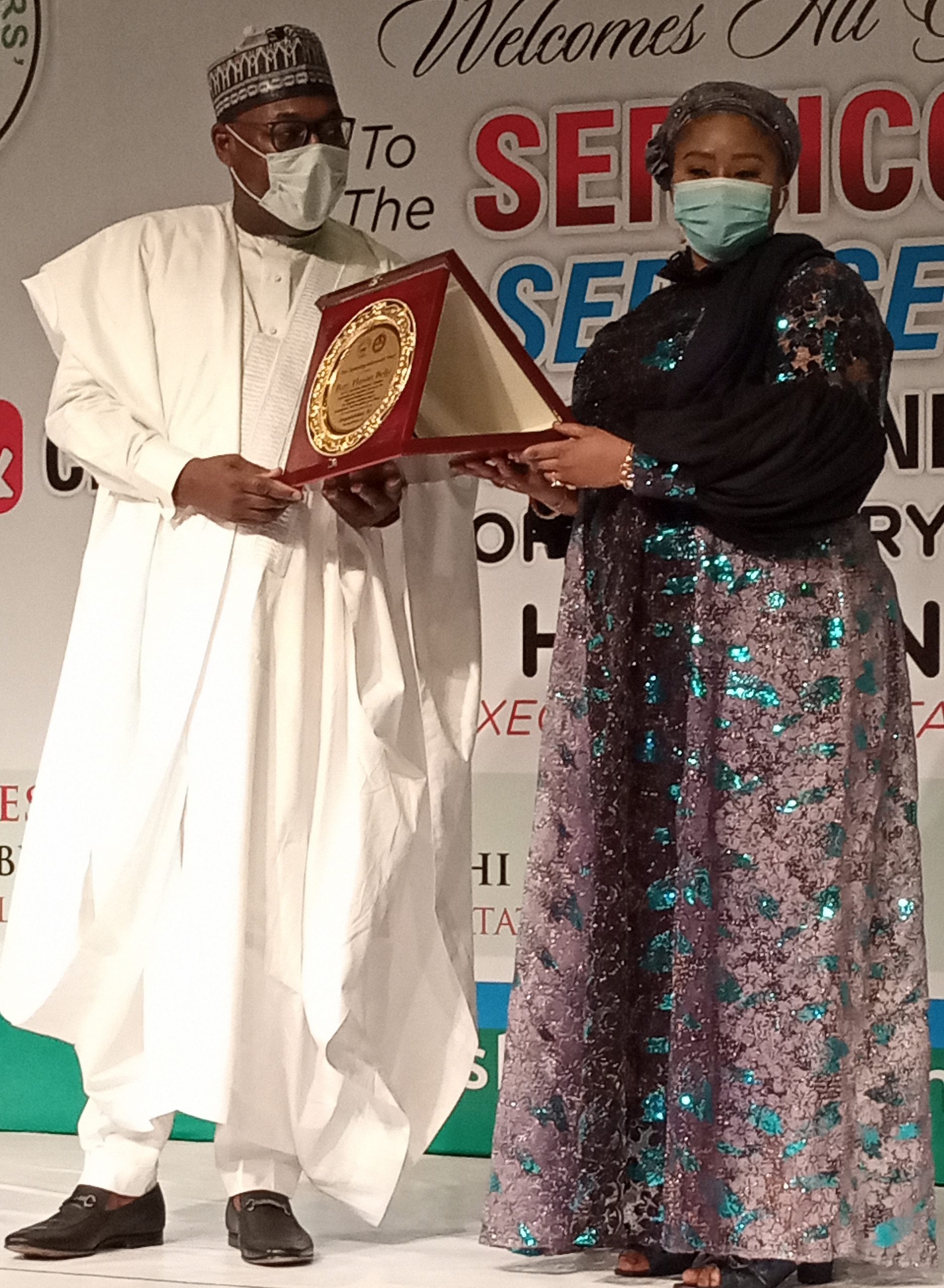 Immediate past Executive Secretary/Chief Executive Officer of the Nigerian Shippers’ Council (NSC), Mr. Hassan Bello, has charged heads of all maritime regulatory agencies to unite and harness the immense benefits of consulting sister-agencies and other stakeholders in decision-making for better results.

Bello, who spoke in Lagos over the weekend during the NSC long-service awards and his farewell party after eight years as head of the agency, disclosed that the agency uses layers of consultation, and has the most stakeholders in Nigeria.

He warned: “We cannot do without stakeholders because you will come back to do it all over. Remove arrogance and ignorance and serve the people, because that is what you are there to do. Unfortunately, some of us in some institutions think they are there as the lords. No, it is the stakeholders.”

Condemning the lack of cooperation among some of heads of maritime agencies, Bello charged them to start the building block of unity “because there is a lack of synergy. We have to operate on the basis of equality because no agency is better than the other, all of us have a role to play.”

According to him, “agencies are not graded by their budget but by what they contribute. It is very unfortunate that some agencies think that maritime starts and stops with them. No, it cannot be.

He commended the Nigerian Maritime Administration and Safety Agency (NIMASA) for heeding his call and promoting electronic documentation for shipping companies, stating: “We are all equal and have contributions to make; (we need) real, and not cosmetic cooperation.

“We must have the digitalisation of our ports, otherwise we are joking. I have seen the cooperation given by the shipping companies and the terminal operators. We have to export or perish. Export is another vista for trade facilitation that we have to look at and make sure we translate to the economy.

“We are working together with the Nigeria Customs Service, and the Central Bank of Nigeria, saving the economy. Why can’t I have cooperation with a sister-company in my ministry?”

Relieved that the erroneous exclusion of the NSC from port concession agreement is now over, he commended the Ministry of Transportation for its intervention, stating that from inception, the economic significance of the Shippers’ Council was never lost on the government.

Therefore, its first chief executive officer was seconded from the CBN, and another, a transporter who studied the economy of transportation. According to him, “nothing contributes more to the Gross Domestic Product of this country than shipping, and transportation is key to the economy.

“What is wrong with us being in the concession agreement? You are only party to that, why not democratise? Why won’t freight forwarders have something to say on Lekki Deep Seaport? And now that the Shippers’ Council is being invited to participate at looking at the Lekki Deep Seaport in the quarterly meeting, that is good because we bring ideas together.

“If Shippers’ Council’s idea on traffic was bought and executed, there would never have been traffic on the Apapa Port road. So, I want this to be taken into consideration that we need and must have genuine collaboration.

“Shippers’ Council is the lead agency of the port manual and this came because of its neutrality and professionalism, and this has to be looked at. We cannot have an agency lording over us. An agency is as good as its relationship with its ministry; you can’t be above your ministry.”