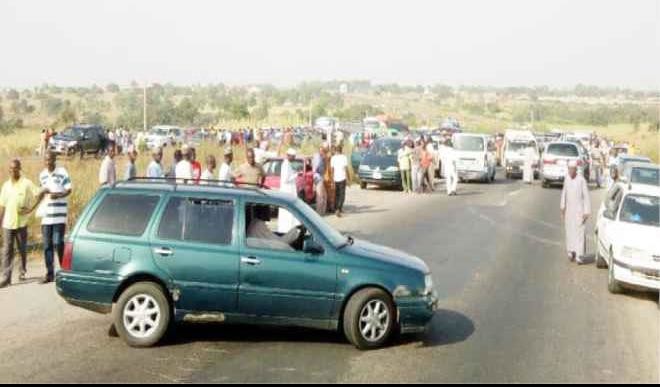 This was contained in a statement signed by the Police Public Relations Officer, (PPRO), Kaduna State Command, DSP Aliyu Mukhtar, made available on Monday.

It was revealed that those that were killed included the former Commissioner of Education in Katsina state, Professor Halimatu Idris, an army officer, and his daughter.

“The Kaduna State Police Command wishes to inform the public that on 22/07/2018 at about 06:30 pm, a distress call was received that a group of unidentified Armed Men blocked Kaduna–Abuja express road by Gidan Busa Village and opened fire indiscriminately at any vehicle on sight. “In a swift response, teams of Police Men stormed the scene where the bandits were dislodged but sadly they had already killed four (4) commuters and injured five (5) others in their dastardly act.” The statement said that normalcy has been restored on the road with commuters moving safely without molestation.   The Police Command used the medium to reassure the public that they are committed even than before to protect the life and property of Nigerians, irrespective of time, venue and circumstance.   “In this regard, we call on the general Public to volunteer information to security agencies to assist us in ridding our communities of such violent miscreants who have constituted a threat to our peaceful coexistence,” it concluded.
Post Views: 1,952