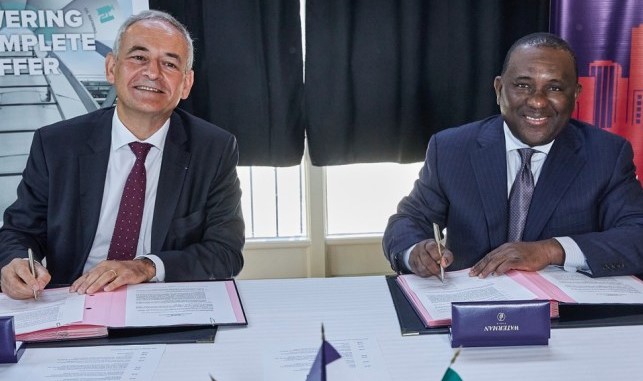 Axens, having beaten United States’ Honeywell UOP in the final round, was given the contract to license key refinery technologies to the Nigerian company, Axens disclosed in a statement on Tuesday, September 1.

The facility will be cited in oil and gas producing Akwa Ibom State, at an undisclosed mix of debt and equity.

The contract was signed in Paris, France, by the Chairman of BUA Group, Abdulsamad Rabiu, and the Chief Executive Officer of Axen, Jean Sentenac, in a ceremony presided by the French Minister Delegate for Foreign Trade and Economic Attractiveness.

It further stated that, Axens, which makes systems to convert oil and biomass to cleaner fuels, would provide technology for the greenfield project designed to produce Euro-V fuels and polypropylene targeted at domestic and regional markets.

“This large complex will help in reducing Nigeria’s dependence on imported fuels and petrochemicals,” BUA Group said after Axens emerged winner in the bidding process conducted by energy consultants, KBR, which will also handle subsequent rounds for the engineering and construction phase already underway.