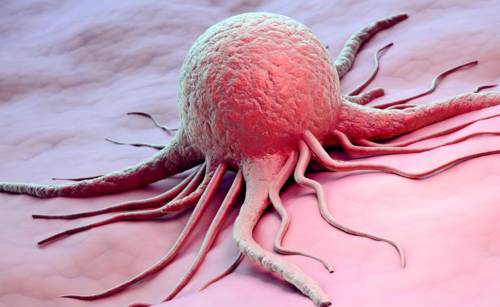 Australian scientists on Thursday said they have discovered a new type of drug that targets specific proteins to arrest the growth and spread of cancer, without the harmful side effects of conventional therapies.

The drugs, which put cancer cells into a “permanent sleep” without damaging DNA, have “already shown great promise in halting cancer progression in models of blood and liver cancers, as well as in delaying cancer relapse,” the Walter and Eliza Hall Institute of Medical Research facility said.   Highlighting its research, the new method is the first to target the KAT6A and KAT6B proteins, which are known to play an important role in driving cancer, said the institute’s Associate Professor Tim Thomas.   “This new class of anti-cancer drugs was effective in preventing cancer progression in our preclinical cancer models.   “We are extremely excited about the potential that they hold as an entirely new weapon for fighting cancer,” said Thomas, who co-led the research published in scientific journal Nature.   He said: “the compound was well tolerated in our preclinical models and is very potent against tumour cells, while appearing not to adversely affect healthy cells.”   “Rather than causing potentially dangerous DNA damage, as chemotherapy and radiotherapy do, this new class of anti-cancer drugs simply puts cancer cells into a permanent sleep,” said research co-leader Associate Professor Anne Voss, also from the institute.   “This new class of compounds stops cancer cells dividing by switching off their ability to ‘trigger’ the start of the cell cycle,” she said.   “The cells are not dead, but they can no longer divide and proliferate.”   The findings point to a “potent, precise and clean compound that appears to be safe and effective” in preclinical models, said research co-leader Prof. Jonathan Baell from the Monash Institute of Pharmaceutical Sciences.   “Our teams are now working on developing this compound into a drug that is appropriate for human trials.”
Post Views: 1,191