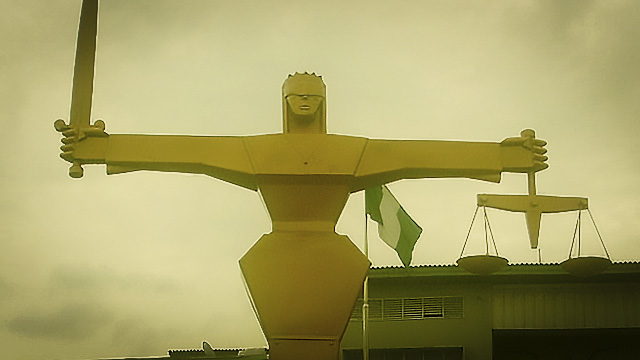 Three serving Justices of the Court of Appeal accused of conspiracy and theft of N8.93 billion have asked the Supreme Court to dismiss the private complaints charge sheet filed against them. One businessman – Abdulrauf Tijani, and his firm, Tundokun Investment Company Limited, had approached the Supreme Court alleging that Justice Jumai Hannatu Sankey, Justice Onyekachi Aja Otis and Justice Joseph E. Ekanem fragrantly disregarded both constitutional and statutory laws and engaged in official corruption contrary to section 98 (1)(b) (1-ii) S.126(1) and 519 of the Criminal Code Act. In a preliminary objection filed by Chukwuma Machukwu Ume (SAN) on behalf of the justices, pursuant to section 32 of the Supreme Court Act and Section 237 of 1999 Constitution, however, the justices held that the purported private complainants charge sheet filed against them was incompetent, frivolous and an abuse of court process. Consequently, they urged the court to dismiss it. They also held that the complaints charge sheet was incompetent ab initio, having been commenced on grounds unsupportable by any law.     They further stated that the complainants’ charge sheet lacked the endorsement of the Attorney General of the Federation (AGF) and Minister of Justice to prosecute. Other grounds for seeking dismissal of the charges include that the private complainant charge sheet lacked the necessary fiat from the AGF; that the purported complainants’ charge sheet was incompetent as it failed to state the time and the exact place the offence was committed, neither did it state the offence the purported accused persons committed. Also argued was that the Supreme Court of Nigeria has no original criminal jurisdiction to try the three purported accused persons – Sankey, Aja Otis and Ekanem; That the three purported accused persons were judicial officers and thus, the private Complainants Charge Sheet contravened the provision of Section 292 (1)(b) of the 1999 Constitution as none of them has either been reported to, investigated or recommended for trial by the National Judicial Council (NJC). The three justices are also contending that the purported private Complainants Charge Sheet not having the support of the state is statute-barred and ought to be dismissed, particularly as the facts regarding the private charge emanated from activities carried out in Lagos State, where the right of a private prosecutor is limited to charges of perjury, which is not the case in the instant matter; That the said Private Complainants Charge Sheet filed on May 21, at the registry of the Supreme Court, violated and contravened the provision of Section 292 (1)(b) of the 1999 Constitution as their lordships have not been reported to, investigated or recommended for trial by NJC; That the period between 2014, when the purported infraction was done, and when the charge was filed is over 30 months and that their lordships are covered by the provisions of the Public Officer Protection Act; That the real intent of the suite is to intimidate and frighten the justices and interfere with the course of justice, and that such a precedent can spell doom to the nation’s legal system and administration of justice; and that it will be in the interest of justice to dismiss the private Complainants Charge Sheet.
Post Views: 920