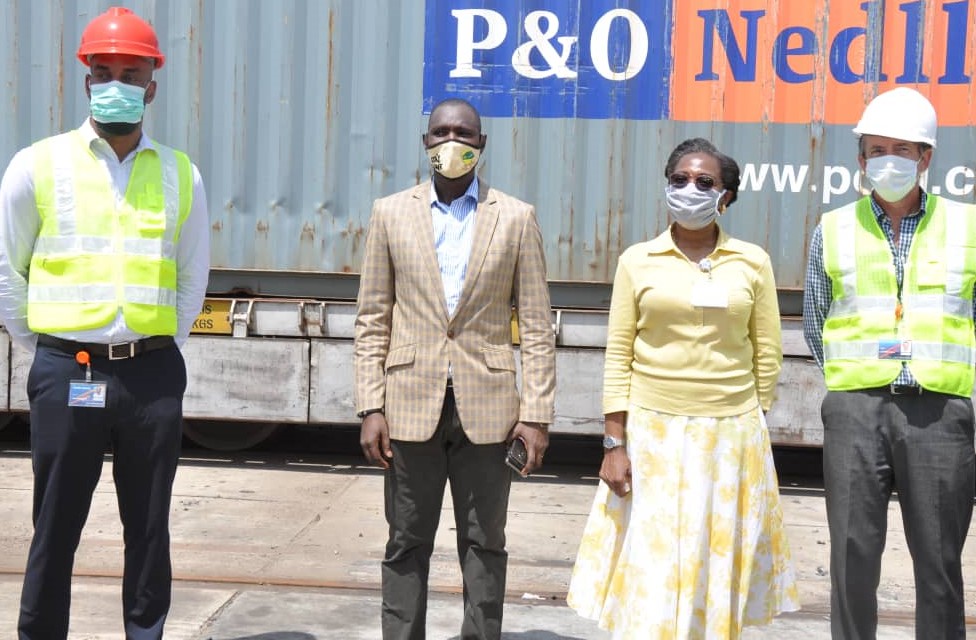 There are fresh hopes for an improved traffic flow and an end to the gridlock in Apapa as APM Terminal and the Nigerian Railway Corporation (NRC) have restored cargo evacuation from the Lagos Port Complex by rail.

Speaking during the flag-off exercise in Lagos, the Lagos District Manager of the NRC, Jerry Oche, disclosed that the service would be starting with two trips per day, to be increased very soon.

Also, the Director of Regulatory Services, Nigerian Shippers Council (NSC), Ifeoma Ezedinma, said the development would “help decongest our road because we now have multi-modal transport –road, waterways and the train.”

Coinciding with the Lagos State Government’s closure of a section of the Apapa Bridge for repairs, the APM Terminals’ General Manager, External Affairs, Daniel Odibe, said the restoration of cargo evacuation by rail “will take away some trucks from the road” and reduce the backlog of cargoes at the ports.

Odibe disclosed that this followed the development of a new Standard Operating Procedure (SOP) by both organisations, facilitated by the NSC and aimed at eliminating communication gap.

“We wish to thank the Nigerian Shippers’ Council for facilitating this Standard Operating Procedure, directed at improving service delivery to shippers and consignees,” Odibe said.

“This is an important milestone for the port. It is something we have always asked for. We want to have a Standard Operating Procedure for receiving trains into the terminal and servicing them. It definitely helps planning when you have adequate information ahead of time.”

According to him, the company constructed the rail line in 2013 and connected it to the national line “to provide alternate mode of evacuation of cargoes to customers. So, improving on the number of containers that we evacuate by rail line is coming at the best time with the bridge closure.”