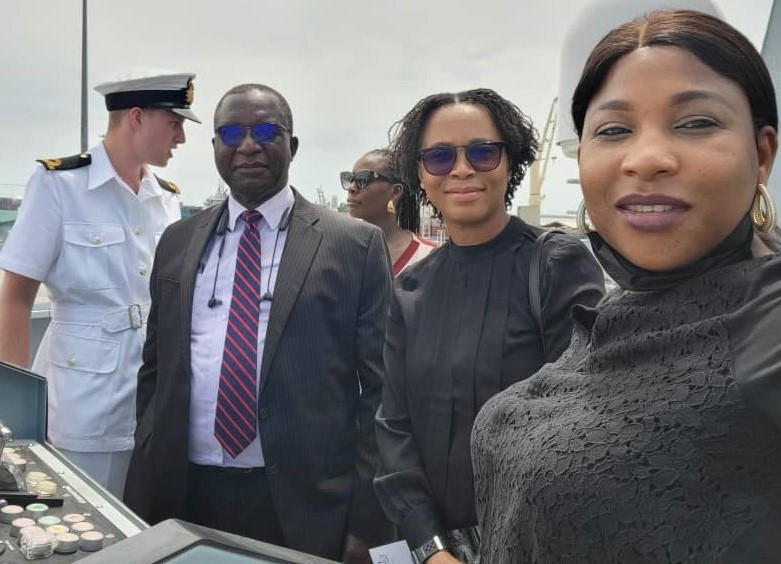 The terminal operator last week participated in the trade exposition onboard the warship, which was visiting West Africa to combat piracy on the Gulf of Guinea (GoG) and across the continent, during its stopover at the Lagos Port Complex, Apapa.

HMS Trent is deploying to the GoG and is collaborating with the Nigerian Navy on combating piracy at sea to improve cargo flow to Nigeria.

Procurement Manager of APM Terminals Apapa, Chinyere Adenaike, said of the expo: “We had the opportunity to talk with exhibitors, one of which is currently contracted for LED Lightning in our terminal.

“We also met service providers with whom we share passion in the area of environmental sustainability and energy optimisation.”

Also, the Commercial Manager, Temilade Ogunniyi, described it as an opportunity for professional bonding, stating: “One of the biggest benefits of participating at the show was the opportunity to create professional bonds. It was an avenue to meet with potential valuable partners who were present to facilitate trade.

“Participating in the exposition gave us an opportunity to meet with multinational organisations in the area of security, ship building, renewable energy, port solutions, who can be APM Terminals’ potential partners.

“We believe that these good relationships can improve our operation and lead to more success.”

APM Terminals is the largest container terminal in West Africa. With an investment of about $438 million, the terminal has continued to introduce new innovations to help both shipping lines and landside customers achieve cost-effective improved supply chain efficiency, flexibility and dependability.