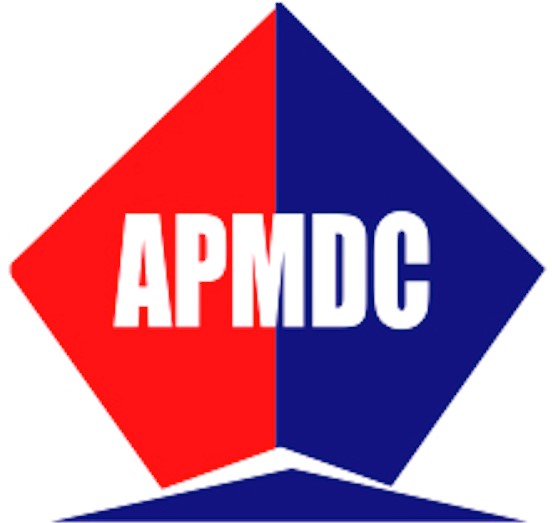 Following the recent shutdown of its terminal by the Nigerian Shippers’ Council (NSC) for breaching regulatory directives, the Associated Port Marine Development Company (APMDC) has refuted the allegations of arbitrary charges in its transactions.

The NSC also accused the APMDC of ignoring several notices to stop foreign currency charges, adhere to approved nomenclature of charges, such as transport adjustment charges, outright disregard of terms of mediation reached with it, and not resolving complaints of over 18 months, among others.

Denying the allegations, however, APMDC Group Head, Human Resources and Public Affairs, Olise-Emeka Nwachukwu, said the company operates one of the most competitive tariffs in the market.

In a statement, Nwachukwu explained that the “APMDC charge structure is determined by high cost of delivering groupage containers from discharge ports or off-docks to its bonded terminal/warehouse” a statement from the company read in part.

“Transport Adjustment Factor (TAF), being a bill-backed cost, is one example of excessive cost of delivering our groupage containers to our bonded warehouse/terminal.

“APMDC is an experienced Nigerian-global shipping/logistics player with over 16 years extensive trading knowledge in the Nigerian maritime sector.”

According to the company, its record of integrity is impeccable, and apart from providing employment to Nigerians, its taxes to local, state and federal governments through its business units are also revenue channels yielding trillions of naira to the economy yearly via import duties/taxes and levies.

“Therefore, we should be applauded instead of being maligned. APMDC makes bold to say that we are contributors to the over N1 trillion revenue declared recently by the customs for the first half of the year and cannot be tagged economic saboteurs.”

Meanwhile, he stated that the NSC’s action was subjudice, as the was pending at the appeal court. He noted: “It is important to note that NSC, in shutting down the activities of APMDC, acted in flagrant disregard of the pending case at the Court of Appeal.”

On charging in foreign currency, Nwachukwu explained that the Central Bank of Nigeria (CBN) in 2015 grouped the company’s operations among services that could charge in foreign currencies, adding that the charges were not for local services.

“Transshipment operations and associated costs do not occur at a ‘Destination Port of Lagos but at a ‘Mid Transit Port’ in the course of the container’s journey between loading and discharge ports.

“Transshipment port dues, as titled, simply defines and makes clear the nature of transaction for those who understand the international shipping business dynamics. Besides, CBN, as the official financial/economic regulator of the country, has exempted operators in the maritime and aviation sectors, where APMDC plays, to make/receive payments in foreign currencies.

“The same circular has been reaffirmed recently as still extant by CBN, hence APMDC has not committed any infraction as alleged.”

On her part, the company’s Deputy Manager, Shipping, Rachael Monye, accused the NSC of showing no interest in the operators’ plights and the inherent challenges in the industry that drive up charges, adding that the agency imposes fees without consideration or recourse to high cost of service delivery.

“We must put out there clearly that the major bone of contention to all operators is that NSC tries to fix prices, which negates healthy competitiveness among players. Indeed, the action is non-compliant in itself and is also against the standard international commercial/business norms.

“The fact that the NSC imposes tariffs, fixes rates to be charged for operators without recourse to obvious industry challenges that drive our costs and charge structure, leaves very bitter taste in the mouth of industry players and our concern is that this action will discourage investors and also run businesses to aground.”

She called on regulators to understand that the shipping business, especially NVOCC, is multi-party and multilateral, hence regulatory functions must be balanced.

“These businesses worth billions of naira are in existence to ameliorate the financial burdens on importers and create ease of doing business, while offering mid-range, cost-effective supply chain solutions to the SMEs,” she explained.

“At the same time, the need for returns on investments, sustainability and profitability of these platforms cannot be played down on the platter of regulations. The solutions we are offering are critical and beneficial to both private and public sector businesses, especially the SMEs, which are the fulcrum of growth in our country’s economy.

“We believe that the roles we play are pivotal to the emergence, growth and sustainability of the SMEs, hence we should be encouraged as we bridge the gap between air freight and full container import options of the average business entities avoiding high air freight and full ocean freight rates.”