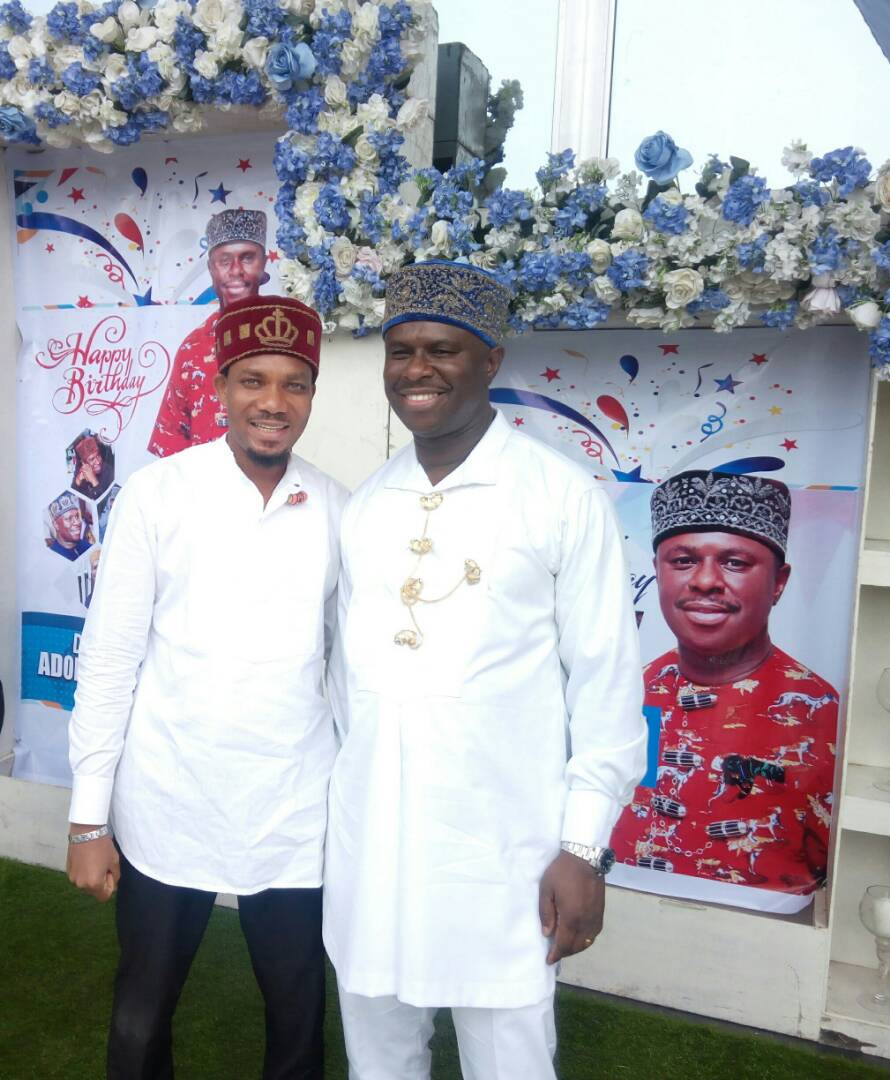 APC chieftains have described  role modelling as key to nation building.
They spoke recently at the birthday celebration of the Director General, Nigerian Martime Administration and Safety Management Agency (NIMASA) Dakuku Peterside and his erstwhile running mate, Honourable Asita Honourable, in Port Harcourt.
The program was originally scheduled for 12 mid-day but by 11am, the celebrants, both Petetside and Honourable had arrived the venue and were personally welcoming guests and into the warm embrace of the beautifully decorated and expansive hall.
Shortly after 12 mid-day, the celebrants entered the hall, holding hands together. This attracted cheers from friends and admirers who had thronged  the 2,000 sitting capacity hall.
It was such a beautiful sight to behold.
Then the program commenced with rendition of local highlifr music blend with Nigerian brand of hip-hop, which left none with the ability to resist.
To welcome the guest was the Chairman of the DAPAsita 2017 Committee of Friends, organizers of the program, Chief Henry Ogiri.
Then came the birthday toast ably coordinated by no less a person than Chief Dumo Lulu-Bruggs, a philanthropist.
It was he who informed the already ecstatic audience that although Peterside was not born with silver spoon, he has gone ahead to conquer poverty and inspired millions of people.
He therefore challenged young persons to take a cue from the success of DAP to become successful in life.
Then there were songs of praise, worship and prayers to God before the goodwill messages started pouring in.
First to speak was no other than the pathfinder himself, the enigma, living legend with large heart, Rt.Hon.Chibuike Rotimi Amaechi.
He said: “I don’t believe in calling a fellow man my boy. But if indeed there is anything called boy in politics, I can then say that there are three people I can call my boy in politics First is Dakuku, then Anucha (Nwuke) and Pidomson.
On ground too was Team NIMASA comprising Board members, Executive Directors, Management and Staff led by the Executive Director, Finance and Administration, Alhaji Jalo, who presented a gigantic  beautiful handcrafted Card to their DG.
Team NIMASA minced no words about the qualities of their DG.
They jovially cautioned  Rivers people to stop appropriating DAP to themselves, informing instead that his ingenuity had long become a national property to which every Nigerian could lay claim to.
The consolation however was when they informed that Nigeria had accepted to loan him to Rivers for just eight(8)years.
Governor Godwin Obaseki and his wife later joined the audience, informing that whatever Peterside had done for NIMASA, more he must do for Rivers and Niger Delta region.
In an interview with the role models foundation (RMF) initiator, Mr Graham Elendu, Dr. Dakuku Peterside stated that the people who refer to him as role model to the youths have over time, seen some distinct characteristics ranging from honesty, loyalty to a cause, integrity, resourcefulness, a man who is diligent in any assignment he is given and felt they are what every young person should emulate.
He added that there are spiritual, business, political, academic, entrepreneurial and marriage role models.
He enjoined the youths to look for people with godly qualities as their role models as it is something everyone needs.
The initiator of the Role Models foundation Mr. Elendu at this point, joined others in wishing him a happy birthday.
The vote of thanks was done by Hon.Chibuike Ikenga for Friends of Dakuku.
Post Views: 936