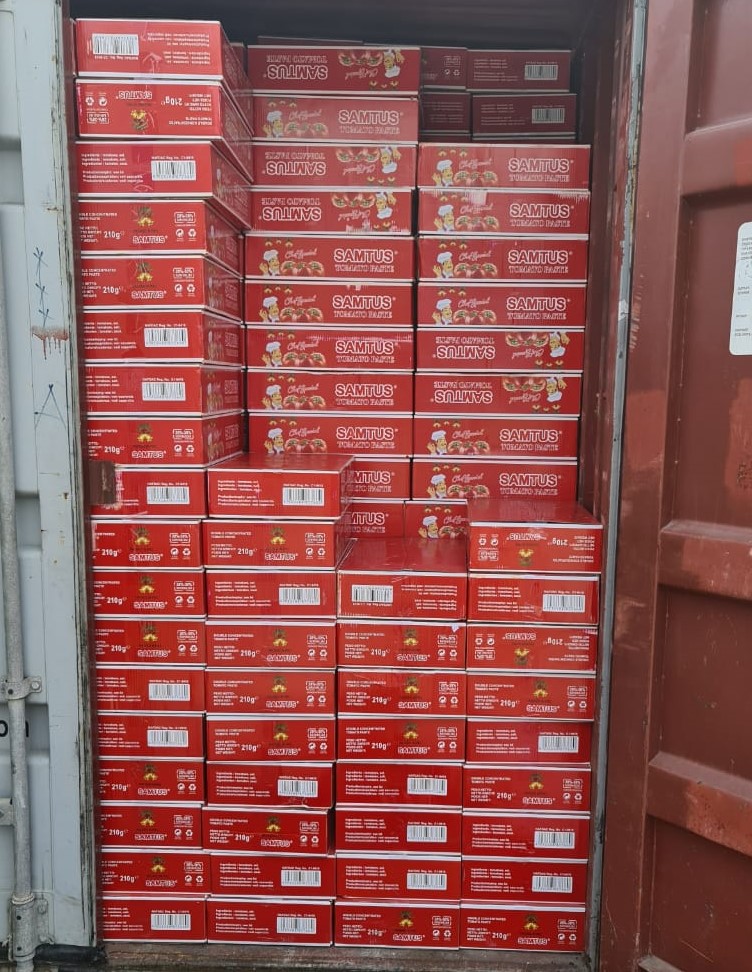 A total of 13 containers of illegal trade items with duty paid value (DPV) of N285 million were seized by the Apapa Area Command of the Nigeria Customs Service (NCS) in November 2021, making a total of 97 seizures between January and November 2021, with a cumulative DPV of N7.5 billion.

These included the 46.55kg of cocaine with a street value of N13.2 billion, which were differently concealed in two vessels, MV KARTERIA and CHAYANEE NAREE, Compt. Yusuf Malanta disclosed, according to a statement from the Command Public Relations Officer, Abubakar Usman.

Speaking on such level of trade infractions during the year, Compt. Malanta stressed that the command “will not sacrifice proper examination on the altar of trade facilitation, and will not relent on sharing intelligence to alert the system on false

declaration even after examination or release of falsely declared item.”

He added that “concealments will always be unveiled through the use of forensic manifest management system and synergy with other sister-agencies in the port.”

He commended the compliant traders for “keeping to the rules of

engagement on import and export procedures by adhering to the dictates of import/export guidelines,” while warning those he described as “perpetrators of illegalities” that customs officers would always be vigilant to uncover any form of unlawful trade.

“At this juncture, let me reiterate our resolve on meticulous examination of all cargoes coming in and out of Apapa Port to curb the menace of illicit trade,” he said.

“I once again want to urge importers of non-prohibited items to make sincere declarations, pay accurate duty and get required permits to avoid losing their investments and facing prosecution.

Meanwhile, the command announced a record-breaking N89.7 billion as revenue for November 2021 – the highest monthly collection by any NCS command. Also, its revenue profile for January to November 2021 stood at N784.8 billion.