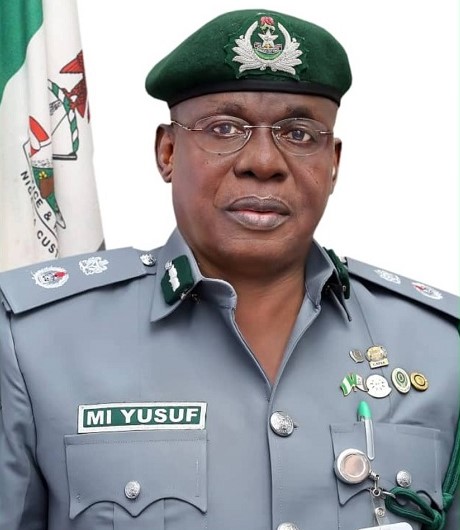 The Apapa Area Command of the Nigeria Customs Service (NCS) has announced an approximate revenue collection of N265 billion for 2022 first quarter (Q1), bettering its N159 billion record for the same period of 2021 by N104 billion (65 per cent).

Compt. Yusuf Malanta attributed the figure to the officers’ creativity and their leveraging the IT service platform to reduce revenue leakages. He further commended the importers/stakeholders’ continued trade compliance improvement as contributory.

He disclosed further that through strict monitoring, enhanced collaboration and sharing of credible intelligence with relevant government agencies, the command’s enforcement unit has been strengthened to reduce smuggling to the barest minimum.

“The command recorded 46 seizures of various items with a duty paid value of N1,142,876,606.00 as against 28 seizures in the corresponding months of 2021,” a statement from the command cited Malanta to say in Lagos Thursday.

He listed the imports, which he said clearly contravened sections 46 and 47 of Customs and Excise Management Act, CEMA CAP C45 LFN 2004, to include “unregistered medicaments such as tramadol and codeine syrup, unprocessed wood, used clothing, footwear, foreign parboiled rice and other sundry items that fall under the prohibition list.”

Meanwhile, he restated the command’s readiness to always facilitate legitimate trade but ensure the detection and blockade, through its layers of control mechanism, all forms of smuggling activities through false declaration of import/export.