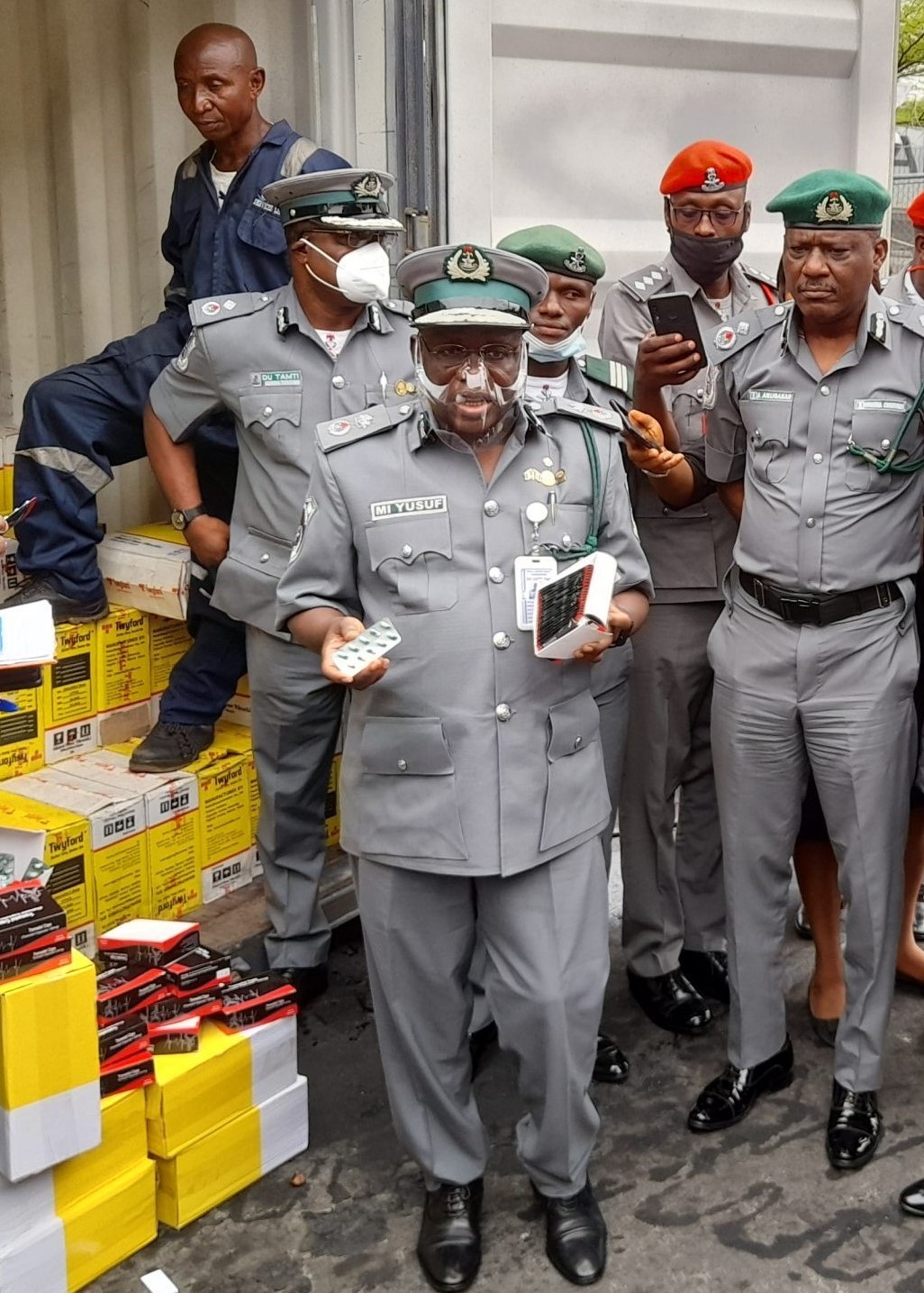 The Apapa Area Command of the Nigeria Customs Service (NCS) has intercepted a container with tramadol capsules concealed in ceramic tiles, as well as other contraband items with a duty paid value of over N223 million.

Compt. Yusuf Malanta told the media Thursday in Lagos that the container was falsely declared as ceramic tiles but during the 100 per cent physical examination, was discovered to contain 1000 cartons of ceramic tiles in front and 554 cartons of 120mg Tramadol capsules concealed inside.

Malanta explained that such consignments usually move from one port to another, stating: “If you look at the bill of lading, you’ll realise that the container is coming from India, then to Lome, before arriving at the Lagos port.”

According to him, upon resumption as CAC Apapa, he had deployed a new strategy called “forensic manifest management system” on all manifests declared by shipping companies, and this led to the interception of the illicit drug.

He listed the seizures as “1x40ft container loaded with sacks of mosquito coil but declared as ground paper and oak aging paper bag, seven containers loaded with bales of used clothing and shoes, and a container of unregistered pharmaceutical products with 989 cartons of Mixagrip tabs falsely declared as winches and gaskets.

“The total duty paid value of the aforementioned seizures stood at N223.2 million without the value of the tramadol.”

Meanwhile, “the command has launched a preliminary investigation to identify and arrest the consignees for possible prosecution over the criminal and unlawful importation,”

Malanta noted that the consignments were seized for breaching Sections 46, 47 and 161 of CEMA CAP C45 LFN 2004 and Schedule 4 (17) of the Common External Tariff.

He assured that the command would increase sensitisation, enlightenment and robust stakeholder-engagement to educate the public on the harmful and destructive nature of illegal importation.