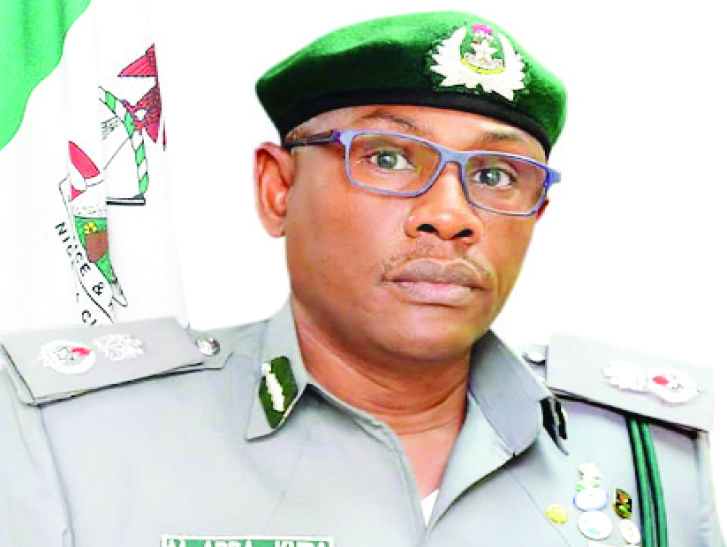 The Apapa Area Command of the Nigeria Customs Service (NCS) has announced a total approximate revenue of N203.26 billion for the period January 1 to June 30, 2019, which represents 54.5 per cent of its annual revenue target of N372.56 billion.

Disclosing this to newsmen Tuesday in Lagos, Compt. Mohammed Abba-Kura said the figure exceeded by N26.5 billion the command’s N176.7 billion generated revenue for the same period of 2018.

According to him, this feat was made possible by the command’s “strict adherence to professionalism through sensitisation of officers as to their responsibilities, and working in line with the standard operational procedures for optimal revenue collection.”

The other aiders included “periodic stakeholder engagements, open-door policy, prompt resolution of disputes by the Dispute Resolution Committee, as well as maintaining the right synergy and collaboration with sister-agencies.”

Abba-Kura further disclosed that the command recorded a high compliance level of export trade within the period, which saw it generate approximately $46.6 million (N14.3 billion) FOB from a total of 95,229.15 metric tons of exported goods.

According to him, false declaration attracts outright seizure; “may be because if he declared it as rice, it would raise eye brow. Rice is not banned through the seaport but may be because he was going to have some issues with his Form M not being approved, he decided to call it a different name. It was after the declaration and our profiling that we were able to track it.”

Meanwhile, Abba-Kura has assured importers and exporters that all legitimate and compliant trade that satisfy the necessary procedures concerning the transactions will get accelerated clearance from the command.

More so, it would continue to build capacity for both officers and stakeholders operating within the command to acquaint them with modern trends, government fiscal policies and NICIS II operative system, among others, to bring everyone on same page for optimal service, and for timely cargo release.