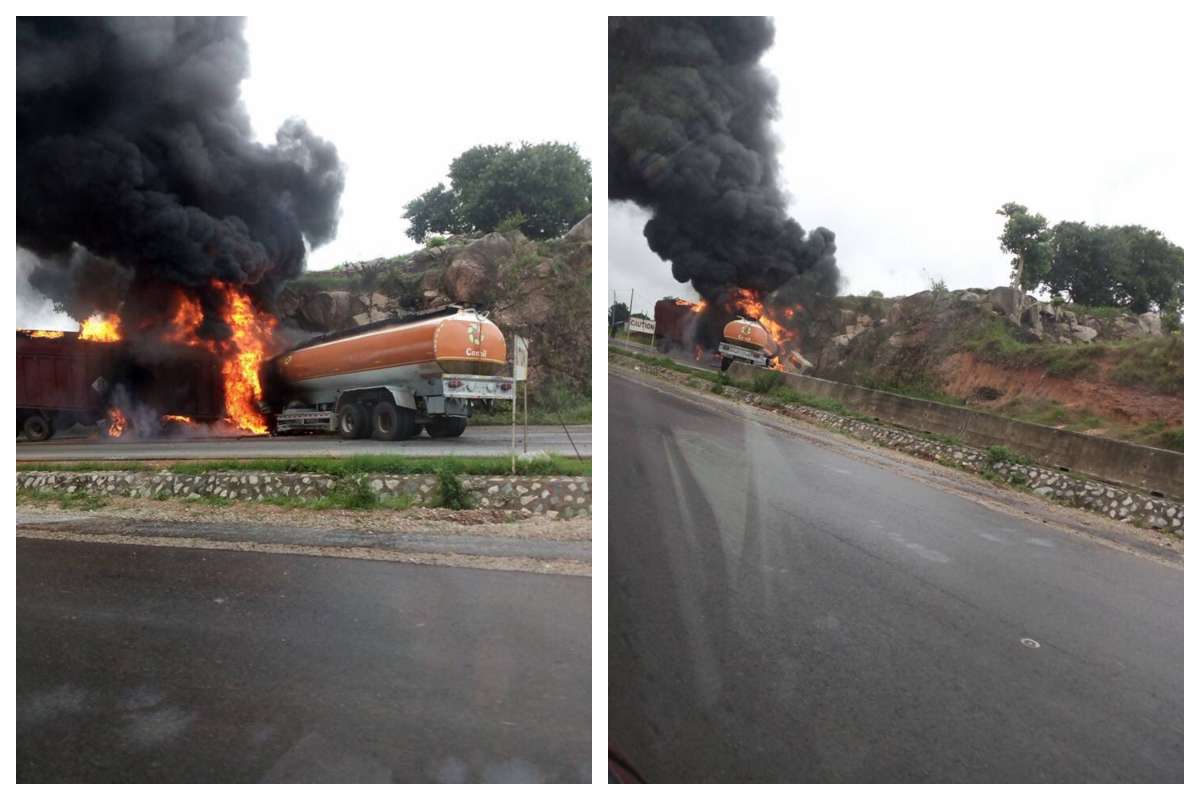 A fuel tanker burst into flames when it collided with a trailer at Maje, along Minna-Suleja road on Friday, June 29, 2018.

Both vehicles were on fire before the fire service arrived on the scene to extinguish it.