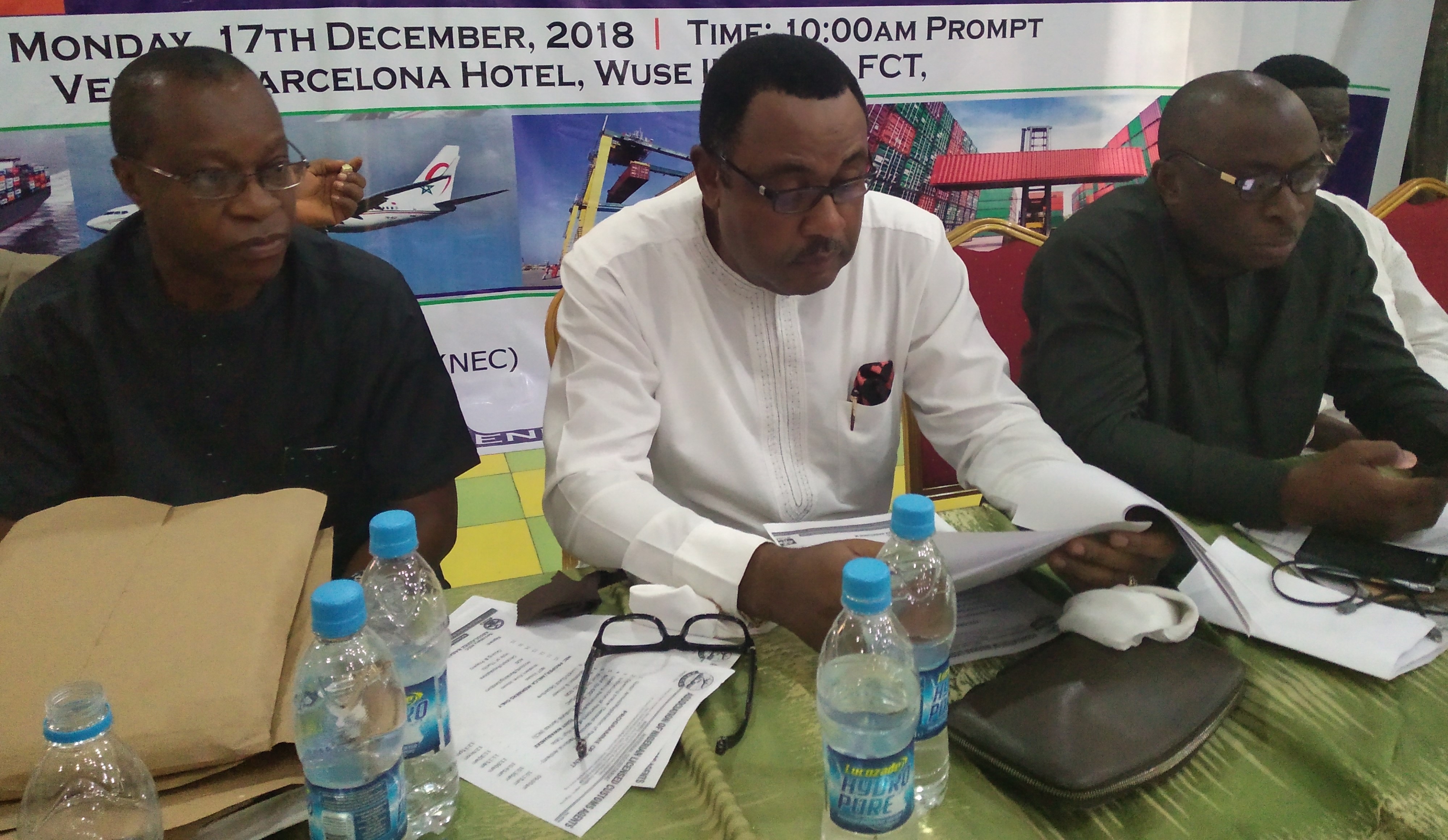 Alarmed by the worsening breach of the constitution by a section of the group, the National Executive Council (NECON) of the Association of Nigeria Licensed Customs Agents (ANLCA) has disbanded and replaced the leadership of the recently formed factional group in its Western Zone with caretaker committees.

The group, led by the former National Vice President, Mr. Emenike Nwokeoji, and the disputed Chairman of ANLCA Board of Trustees (BoT), Mr. Taiwo Mustapha, had boycotted the association’s second NECON meeting in Abuja Monday, which agenda included the crisis rocking the association.

The faction had last week declared that it had severed allegiance to the ANLCA National President, Mr. Tony Iju Nwabunike. It also locked up the national secretariat in Lagos, where it planned to inaugurate a committee for fresh elections into the nine chapters of the zone barely eight months into the incumbent administration.

Piqued by these constitutional violations, indiscipline and insubordination, the NECON disbanded the factional group and constituted caretaker committees to replace all the officers in the group till the matter is decisively treated at an oncoming NEC emergency meeting.

Speaking after the meeting, which had a good representation from across the country, even from Lagos, Mr. Nwabunike said the issues border on discipline and the way forward in chapters that failed to respect the constitution, “most importantly, how we will tackle the challenges we are facing operationally.”

He stressed that the constitution remained the solution to the crisis and that whatever goes against it will be treated as such, adding that “apart from the chairmen (of the Western Zone chapters), other chapter executives attended, which shows the strength of the association.”

However, he insisted that he would remain neutral in the efforts to resolve the BoT chairmanship tussle that prompted the crisis, “but if a child decides to go astray, then there is nothing I can do. Like people said today, we shouldn’t be giving much power to the board.

“Board is not to be seen, it is purely advisory, but if a board insists to leave its advisory position to become administrator, then it is becoming a big problem for us.”

Still hopeful of truce, he said NECON would still “look into it because they are still very open; I still call most of them. If they want us to have meeting wherever, I will come there so that we can make things work. We need them to work together and have one indivisible board.”

He further urged his predecessor, Prince Olayiwola Shittu, to also weigh in when there is any problem, even though he was resting after his eight-year tenure.

On his part, the incumbent BoT Chairman, Mr. Henry Njoku, insisted that his tenure still has over a year lapse, after that there would be election, adding that if the break-away team had attended and possible “pleaded for leniency or showed sign of remorse, the outcome might be different.”