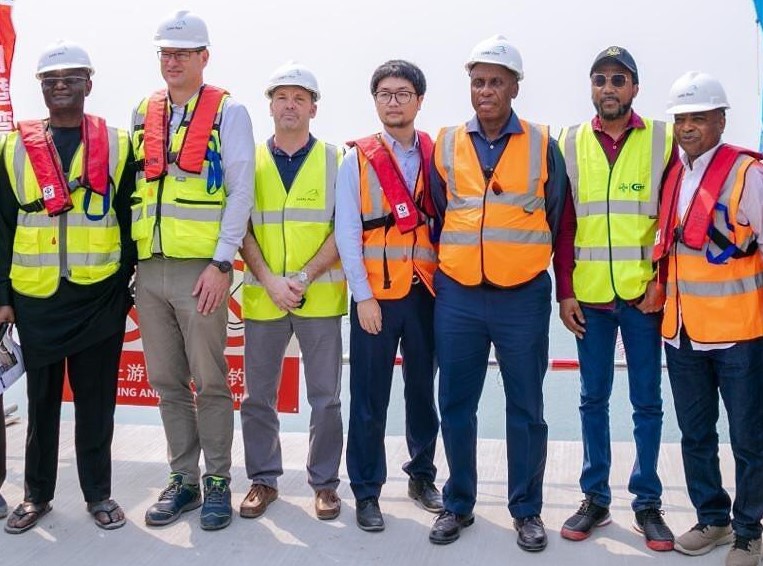 The Federal Government has commended the promoters of the Lekki Deep Seaport in Lagos for their increased speed in the construction of the facility, while requesting the contractors to double efforts to make it ready for commissioning earlier than scheduled.

Minister of Transportation, Mr. Chibuike Amaechi, who inspected ongoing works at the port Saturday alongside officials of the Federal Ministry of Transportation, the Nigerian Ports Authority (NPA) and Nigerian Shippers’ Council (NSC), said the government wants the promoters to make the port ready by July or August, ahead of the scheduled last quarter of 2022.

He commended the promoters, saying: “I am happy. From the last time we came here, there has been a huge progress. What this shows is that when you set your mind on something, you can achieve it.

On his part, the Chief Technical Officer, Lekki Port, Mr. Steven Heukelom, explained that construction work on the project was on course as scheduled, with total works carried out at approximately 80 per cent completion.

Heukelom also informed the minister that work has commenced on the marine services jetty, which the NPA will use for its marine services obligation, just as commended the Ag Managing Director, Mohammed Bello-Koko, for the agency’s support and partnership in preparing the port to start operations.

Similarly, the Chief Operating Officer, Laurence Smith, assured of the company’s commitment to delivering the project by 2022 Q4, adding that the EPC Contractor, China Habour Engineering LFTZ Enterprise, was working day and night to realise this commitment.

Meanwhile, Bello-Koko has disclosed that NPA was procuring tugboats and other necessary infrastructure for the smooth take-off of the port, while restating the agency’s readiness to provide marine services for the port’s operations.