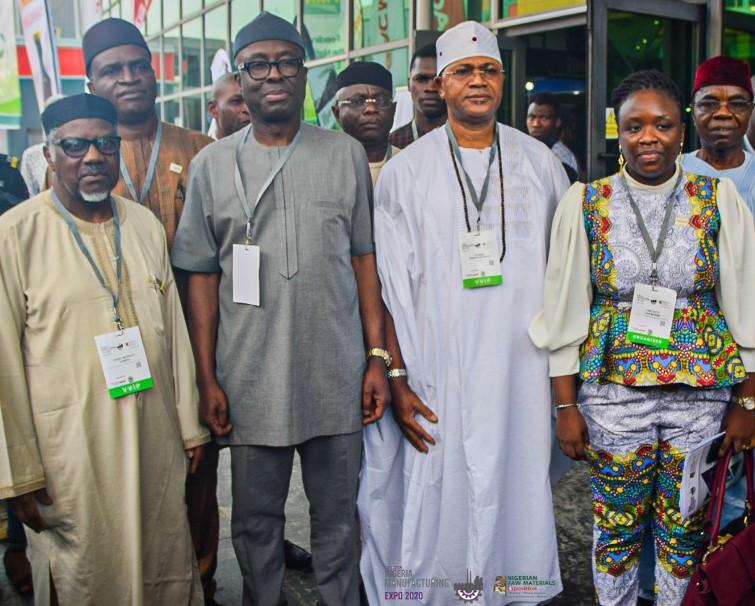 Ahead of the July 2020 take-off of the African Continental Free Trade Area (AfCFTA) agreement, the Federal Government has urged indigenous manufacturers to brace up for the technological challenges of the fourth industrial revolution.

Vice President Yemi Osinbajo made the call on Tuesday in Lagos during the opening ceremony of the fifth Nigeria Manufacturing Expo and sixth Nigerian Raw Materials Expo (NIRAM) of the Raw Materials Research and Development Council (RMRDC).

Osinbajo, represented by the Minister of Industry, Trade and Investment, Mr. Adeniyi Adebayo, said it was high time the manufacturing sector prepared for the technological challenges of the forthcoming industrial revolution with the outset of AfCFTA.

Therefore, he tasked the Manufacturers Association of Nigeria (MAN) and the entire Organised Private Sector (OPS) on strategies that will ensure that Nigeria does not fall behind in the use of modern technology in manufacturing and production.

He noted that Nigeria is now at the threshold of the fourth industrial revolution – “a technological revolution that will fundamentally alter the way we live, work and relate to one another,” adding that AfCFTA will change the positioning of the Nigerian market and the way trade is conducted in Africa.

Describing the manufacturing sector as a critical component of the economy expected to drive the non-oil sector and help the nation to realise its industralisation agenda, Osinbajo insisted that preparing for AfCFTA was the key if Nigeria would not remain a dumping ground for foreign goods.

On its part, government must create economic opportunities, rapidly industrialise, bridge infrastructure gap and provide the environment for businesses, SMEs and large businesses to thrive; and also identify the concerns of start-up entrepreneurs as small traders and millions at the bottom of the pyramid, among others, he said.

However, MAN has insisted that the route to competitive manufacturing and productivity remained stable and steady electricity, stating that “the vision of an industrialised Nigeria would remain an illusion until we resolve the electric power challenge in our economy.”

In his welcome address, and based on the theme of the Expo, “The Fourth Industrial Revolution and the Nigerian Manufacturing Sector,” MAN President, Mansur Ahmed, stated that “one critical challenge before us is inadequate energy supply for industrial use.”

He noted that energy remained the single most important constraint to productivity and the competitiveness of the manufacturing sector, with the impact felt across micro, small, medium and large manufacturers, adding that Nigeria’s current energy projection and actual generation are below the requirement to drive an industrialised economy.

“As manufacturers, we cannot achieve competiveness with the current state of our electricity supply. It is thus expedient that government scales up its plan for the energy sector to reduce cost, improve processes, maximise value addition and generate employment.”

He further stressed the need to increase skills for labour and productivity, and to encourage more women to venture into manufacturing, stating that the theme of the expo flowed from the observed global trends in some developing nations, which have used industrialisation as tool to drive and transform their economy and improve living standards.

Ahmed said that “MAN has taken the challenge of leading the manufacturing sector to play a vital role in the nation’s vision of becoming one of the leading industrialised economies in Africa,” and the annual event “provides a common ground for large manufacturing organisations and SMEs to explore new production processes that will increase their output.”

“With this in mind, we intend to close the information gaps and encourage local sourcing of available raw materials by manufacturing industries, which is in line with government’s backward integration programme,” he explained.

Meanwhile, Ahmed urged Nigerian manufacturers to adopt new technologies which influence manufacturing input and output to enable them compete favourably with other nations in the free trade market.

He stated that the emergence of new technologies, changing markets and the upcoming AfCFTA demanded stakeholder collaboration to anticipate and respond appropriately to the evolving manufacturing eco-system, which the rapid adoption of the new and innovative technology ushers in.

He stressed that beyond manufacturing, all industrial and commercial businesses in the country also suffer from energy inadequacy and inefficiency, and “it is for this reason that investors in the economy will continue to urge a sustained effort to bring about significant improvement in the quantum, quality and consistent supply of electricity.”