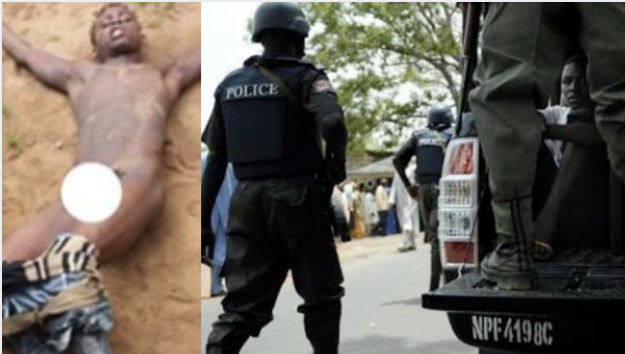 The police in Abia state have arrested a 22-year-old man, Agaezichi Ogbonna, for allegedly killing his mother over a love affair with her sister, who is the boy’s aunt, at Akpaa Mbato community, Obingwa council area of Abia State. According to reports, Ogbonna was in a relationship with his mother, Blessing’s sister and the mum got to know of it, she condemed it and asked them to stop. On Saturday June 16th, she walked in on them in an uncompromising position and when she tried to rebuke them, Ogbonna pounced on her, beating her to death. When they found out she had died, the young man and his aunt tried to escape. However, Ogbonna was caught and handed over to the soldiers stationed in the community. A resident in the community who spoke on the condition of anonymity said

The soldiers have since handed the suspect to the police.
Post Views: 1,328