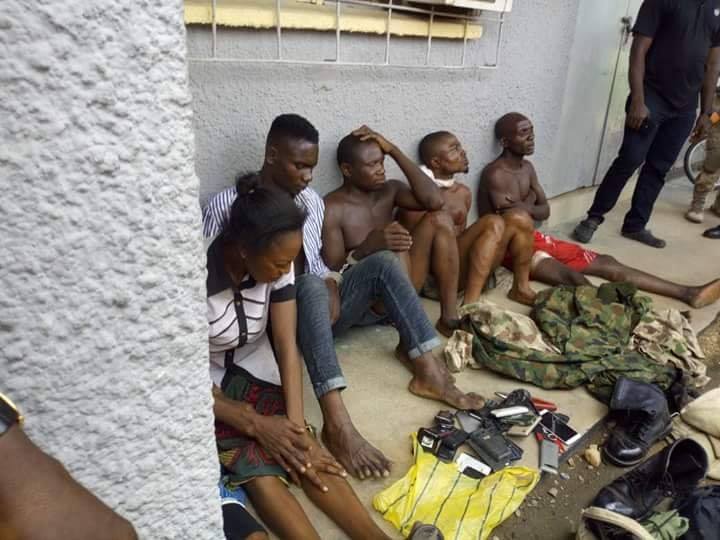 Troops of Quick Response Force has intercepted a gang of armed robbers operating at Felele, along Lokoja – Okene highway wearing military camouflage and robbing innocent commuters.Three of the armed robbers, Saviour Denis-39years, Isaac Donald-35years and Joseph Isah-35years were arrested while one Mr Atsen was neutralized during an exchange of fire with the troops. Also, two female accomplices, Mrs Janet Isah and Oyinoye Ochefije were arrested during the encounter.

The suspects are currently undergoing interrogation and will be handed over to the appropriate authority for further necessary action.
Post Views: 884