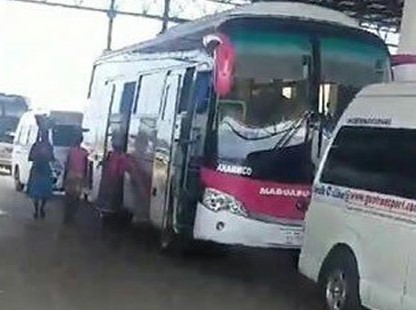 Sixteen months after shutting its land borders to stem the influx of unauthorised goods and curb the rising insecurity by cutting off arms smuggling, the Federal Government has reopened the Seme land border in Lagos.

The other three sections reopened are Mfun (also in Southern Nigeria), and Illela and Maigatari in the north.

Disclosing this to State House correspondents shortly after the Federal Executive Council (FEC) meeting Wednesday, the Minister of Finance, Zainab Ahmed, said the designated borders would be opened by December 31, 2020.

President Muhammadu Buhari shut the borders in August 2019 to curtail illegal importation of drugs, small arms and unauthorised agricultural products from neighbouring West African nations, and the government had remained adamant to stakeholders’ call for a policy shift, having outlived its usefulness.

Last month, stakeholders lampooned the Federal Government after it granted selective access to Dangote Cement and BUA, with the umbrella Manufacturers Association of Nigeria (MAN) condemning the sustained closure for loss of exports and competitive edge in the African Continental Free Trade Agreement (AfCFTA).

According to MAN, Nigeria has lost huge export earnings, prospects and competitive advantage to the worsening logistics hiccups from the continued and “unsustainable” closure of its land borders.

In a statement, MAN President, Mansur Ahmed, noted that “since the closure, the association has conducted a research with members; the outcome is that some sectors had considerable increase in productivity, while some recorded sharp decline.

“In particular, the export group clearly suffered huge losses due to logistics issues occasioned by the closure, as it takes an average of eight weeks for the carriers to ship and truck goods within countries in the same region vis-à-vis trucking through the land border, which takes an average of seven to 10 days.

“Furthermore, the increased traffic through our seaports as a result of the closure has increased the perennial congestion at the Apapa and Tin Can Island ports, leading to greater challenges to exporters, increased demurrage cost and other port levies.

“Some manufacturers who export to neighbouring African countries had to close down their export segments due to the border closure which discouraged long-term investments and affected the economy.”

It added: “The implications of these are that manufacturers in Nigeria have continued to lose and are still losing market share on daily basis in the West African corridor, as export of manufactured products have now become overly less competitive.

“For instance, major players in the beverages, polypropylene (PP) bags, tobacco, cement, toiletries and cosmetics industries are losing the markets they had worked very hard to secure in the West and Central African region.

“This is a position that Nigeria has hoped to leverage on to secure a strong position in the AfCFTA, which kicks off in January 2021.

“Therefore, MAN is of the view that a review of the border closure is pertinent and in line with the core objective of the AfCFTA protocol, which is premised on liberalisation of intra-regional trade in Africa.”