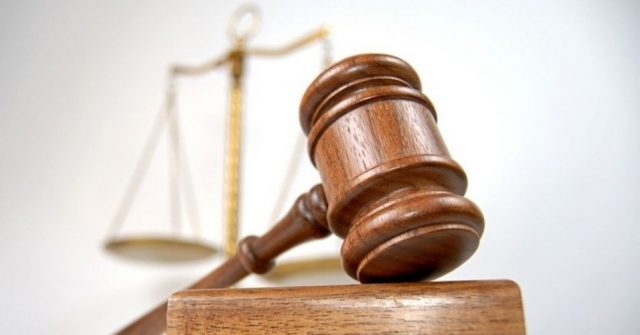 CHIDIEBELE NWACHUKWU Justice Gladys Olotu of the Federal High Court, who was indicted for dereliction of duty and consequently, recommended for compulsory retirement, has lost her legal battle seeking to stop the President from enforcing her sack from the bench. The National Industrial Court in a judgment filed by the embattled judge against the President, National Judicial Council (NJC), Attorney General of the Federation, Chief Justice of Nigeria and Chief Judge of the Federal High Court, held that the recommended of the plaintiff was in order. Justice E. N. Agbakoba in his judgment held that the rules of natural justice were not breached and that the investigation panel and National Judicial Council followed the laid down procedures in their recommendations that Justice Olotu be compulsorily removed from office. The plaintiff had the President, NJC, AGF, CJN and CJ of the Federal High Court before the Industrial Court in Abuja praying for an order to stop the President and other defendants in the matter from given effect to the recommendation that she should be sacked compulsorily as a judge based on her indictment for dereliction of duty. Specifically, Justice Olotu who was indicted in 2014 by the NJC and recommended by the council for removal from office applied for order of the Industrial Court to prohibit the defendants from carrying out the recommendation on the grounds that due process of law was not followed. In the suit filed and argued on her behalf by her lawyers, Dr Alfred Eghobamien SAN, Ladi Rorimi-Williams SAN and Sunday Ameh SAN, the plaintiff claimed that section 36 of the 1999 constitution was breached by the NJC and its Investigative Panel in arriving at their recommendation of her a disciplinary action of compulsory retirement. The plaintiff further contended that the petition against her bordered  on her failure to deliver a judgment within 90 days and not on misconduct that could carry heavy punishment such as compulsory retirement. The plaintiff therefore complained that the recommendation by the NJC to the President for her compulsory retirement as a High Court Judge was done in bad faith and in breach of extant codes and rules applicable to her appointment. Justice Olotu who was appointed a Federal High Court Judge by former President Olusegun Obasanjo on July 28, 2000, and inaugurated by the then Chief Justice of Nigeria, Justice Mohammed Lawal Uwais on September 1, 2000 claimed that on February 27, 2014, he heard in the media a press statement of the NJC to the effect that she had been recommended for a compulsory retirement. But the NJC, in their defense claimed that six petitions containing various allegations against the plaintiff were received and that copies were made available to her, requesting her reaction to the allegations and which she did. The NJC claimed that two different Investigative Panels were set up and at the end of their investigation into the petitions found the plaintiff culpable and recommended her for rwmoval from office. However Justice Agbakoba after taken argument from parties involved held that due process was followed by the NJC in arriving at its conclusion. “I have carefully summarized the positions of all sides, the argument of opposing counsel and having carefully reviewed all the authorities sited, read through all the relevant processes and digested the contention of the parties, in my view, the issue for determination in this matter was whether the NJC and its committee acted within the scope of their jurisdiction or power when they entertained and determined petitions against the applicant pursuant to which the NJC recommended the applicant for compulsory retirement. “All in all, I find that the rule of natural justice was not breached and that the investigation panel and the second respondent (NJC), followed the laid down procedure in carrying out their functions. “The applicant has not satisfied the requirements of law for the grant of the reliefs sought in this judicial review and this matter is hereby dismissed”. Meanwhile, apparently not satisfied with the decision of the Industrial Court, Justice Gladys Olotu has approached the Court of Appeal, Abuja Division with a notice of Appeal praying the appeal late court to set aside the decision of the Industrial Court on the grounds of miscarriage of justice. No date has been fixed for the hearing of the appeal.
Post Views: 1,398